Yeah boy
Back in '93
To blow up once again on the hip hop scene
You know who it is, the one with the choice voice

[VERSE 1: MC Shan]
Watch me rip up shop
Cause I'm the type of rapper you despise risin to the top
Ryhmin with the force that's knockin down barricades
Callin Mr. Loverman singin girls serenades
Try to lay low - unfamiliar
Just like smokin I'm bad for your health, I could kill ya
Think I'm bluffin, wanna find out?
Then I pull the trigger to the nine and blow your muthaf*ckin mind out
A murder I slay, so don't sleep
The mic leave threads across your face like thee tracks from a jeep
Your coffin is your final refuge
Your death is gonna have to be revenged by your nieces and nephews
Beat you like Tyson, slice you like a butcher
Six feet underground's most likely where I put ya
I get the place in an uproar
Make you wonder what you got your little weak wack ass up for
Rhymes, I got em in excess
And I got the beats that you pump in your Jeeps and your Lexus
Lyrically I boast and I swagger
Words pierce your mind, after a while starts feelin like a steel dagger
Slice, slice, slice, dice, dice, chop, chop, chop
Look like maintenance got another mess to mop
It's '93 and I gets nuff respect
Cause I ain't nothin but a hip hop roughneck

[VERSE 2: MC Shan]
Shan was dead, but now I got reanimated
Had the buttons to push, but didn't know how to operate it I'm in control of the ship now, captain
Boy, you wanna walk up and see yo what's happenin?
Some rappers think they're vicious
But at the end of it all they probably wind up doin dirty dishes
I'm risin up on an incline
And if your ass was that dope, then muthaf*cka, your ass woulda been signed
Ain't no goin by the book
You be just another wack muthaf*cka bout to get his shit took
Don't let the temper start to flare up
Cause that's when I start lookin around for shit that I can tear up
See, you don't pose a threat
Boy, we can go a few rounds, this ain't as rough as it can get
Adversaries avoid me
Many have approached, but never has one destroyed me
I'm not a force to be reckoned with
1-2, 1-2, then I start wreckin shiiieeet
I got nice, but it wasn't by accident
Necks were broke, boy, you wanna get your back bent?
Even though I'm not a girl you a-fi respect me
If you think I'm wrong, then come and correct me
It's '93 and I gets nuff respect
Cause I ain't nothin but a hip hop roughneck

[VERSE 3: MC Shan]
Psych - I don't need you to proof-read
Ak is on the bassline givin me the lead (indeed)
Tip-tip-toein through the tulips as I follow
Blast a hole in your chest, now the shit's hollow
I drop knowledge but I also kick ballistics
I be kickin the funky lines that mystify the mystics
Won't think twice just to send a nigga the lullaby
The next nigga that steps might get bust in the eye
I stopped spreadin hookers like mayonnaise
Cause there's a lot of things that you can catch out there in this day and age
I'm not down with the homo clique
But I'll jump inside a nigga's ass quick
Fee-fee-fi-fiddy-fo-fiddy-fum
Laugh now nigga, you used to call me bum
Now I'm buried under money
Your girl's comin to see me on the side and I'm dippin in your honey
Knockin off heads in the game like a gladiator
Records so hot, they give heat like a radiator
Assume position cause you know the proceedure
Need somebody to follow? Then let me lead ya
Now it's time to rejoice
Cause now you got another funky record that's kickin with the Shan's voice
It's '93 and I get nuff respect
Cause I ain't nothin but a hip hop roughneck 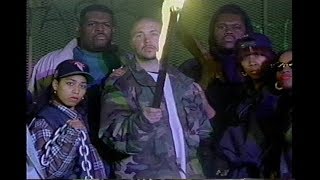 check amazon for Hip Hop Roughneck mp3 download
these lyrics are submitted by kaan
browse other artists under M:M2M3M4M5M6M7M8M9M10M11