"A Woman Is Talking to Death"

One
Testimony in trials that never got heard

We were driving home slow
My lover and I, across the long Bay Bridge
One February midnight, when midway
Over in the far left lane, I saw a strange scene:

One small young man standing by the rail
And in the lane itself, parked straight across
As if it could stop anything, a large young
Man upon a stalled motorcycle, perfectly
Relaxed as if he'd stopped at a hamburger stand;
He was wearing a peacoat and levis, and
He had his head back, roaring, you
Could almost hear the laugh, it
Was so real
"Look at that fool," I said, "in the
Middle of the bridge like that," a very
Womanly remark

Then we heard the meaning of the noise
Of metal on a concrete bridge at 50
Miles an hour, and the far left lane
Filled up with a big car that had a
Motorcycle jammed on its front bumper, like
The whole thing would explode; the friction
Sparks shot up bright orange for many feet
Into the air, and the racket still sets
My teeth on edge

When the car stopped we stopped parallel
And Wendy headed for the callbox while I
Ducked across those 6 lanes like a mouse
In the bowling alley. "Are you hurt?" I said
The middle-aged driver had the greyest black face
"I couldn't stop, I couldn't stop, what happened?"

Then I remembered. "Somebody, " I said, "was on
The motorcycle." I ran back
One block? two blocks? The space for walking
On the bridge is maybe 18 inches, whoever
Engineered this arrogance. in the dark
Stiff wind it seemed I would
Be pushed over the rail, would fall down
Screaming onto the hard surface of
The bay, but I did not, I found the tall young man
Who thought he owned the bridge, now lying on
His stomach, head cradled in his broken arm

He had glasses on, but somewhere he had lost
Most of his levis, where were they?
And his shoes. Two short cuts on his buttocks
That was the only mark except his thin white
Seminal tubes were all strung out behind; no
Child left in him; and he looked asleep

I plucked wildly at his wrist, then put it
Down; there were two long haired women
Holding back the traffic just behind me
With their bare hand, the machines came
Down like mad bulls, I was scared, much
More than usual, I felt easily squished
Like the earthworms crawling on a busy
Sidewalk after the rain; I wanted to
Leave. And met the driver, walking back

"The guy is dead." I gripped his hand
The wind was going to blow us off the bridge

"Oh my God" he said, "haven't I had enough
Trouble in my life?" He raised his head
And for a second was enraged and yelling
At the top of the bridge "I was just driving
Home!" His head fell down. "My God, and
Now I've killed somebody."

I looked down at my own peacoat and levis
Then over at the dead man's friend, who
Was bawling and blubbering, what they would
Call hysteria in a woman. "It isn't possible"
He wailed, but it was possible, it was
Indeed, accomplished and unfeeling, snoring
In its peacoat, and without its levis on

He died laughing: that's a fact I had a woman waiting for me
In her car and in the middle of the bridge
I'm frightened, I said
I'm afraid, he said, stay with me
Please don't go, stay with me, be
My witness "No," I said, "I'll be your
Witness later," and I took his name
And number, "but I can't stay with you
I'm too frightened of the bridge, besides
I have a woman waiting
And no license
And no tail lights "
So I left
As I have left so many of my lovers

We drove home
Shaking, Wendy's face greyer
Than any white person's I have ever seen
Maybe he beat his wife, maybe he once
Drove taxi, and raped a lover
Of mine how to know these things?
We do each other in, that's a fact

Who will be my witness?
Death wastes our time with drunkenness
And depression
Death, who keeps us from our
Lovers
He had a woman waiting for him
I found when I called the number
Days later

"Where is he" she said, "he's disappeared/"
"He'll be all right" I said, "we could
Have hit the guy as easy as anybody, it
Wasn't anybody's fault, they'll know that,"
Women so often say dumb things like that
They teach us to be sweet and reassuring
And say ignorant things, because we don't invent
The crime, the punishment, the bridges

That same week I looked into the mirror
And nobody was there to testify;
How clear, and unemployed queer woman
Makes no witness at all
Nobody at all was there for
Those two questions: what does
She do, and who is she married to?

I am the woman who stopped on the bridge
And this is the man who was there
Our lovers teeth are white geese flying
Above us, but we ourselves are
Easily squished

Keep the women small and weak
And off the street, and off the
Bridges, that's the way, brother
One day I will leave you there
As I have left you there before
Working for death

We found out later
What we left him to
Six big policemen answered the call
All white, and no child in them
They put the driver up against his car
And beat the hell out of him
What did you kill that poor kid for?
You mutherf*cking nigga
That's a fact

They took him to 4 different hospitals
Til they got a drunk test report to fit their
Case, and held him five days in jail
Without a phone call
How many lovers have we left

There are as many contradictions to the game
As there are players
A woman is talking to death
Though talk is cheap, and like takes a long time
To make
Right. He got a cheesy lawyer
Who had him cop a plea, 15 to 20
Instead of life
Did I say life?

The arrogant young man who thought he
Owned the bridge, and fell asleep on it
He died laughing: that's a fact
The driver sits out his time
Off the street somewhere
Does he have the most vacant of
Eyes, will he die laughing? 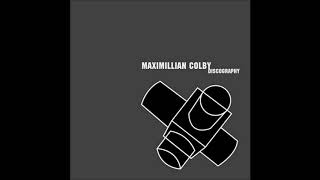