Separated from the king
Now the water's rushing and you keep trying to swim against the stream
And it seems, like your not moving the many water's gushing you gasp for air
Almost drowning ears ringing, once upon a time we were singing
One day those trees will stand and clap hands
Stream of thought getting caught in the klipa, this place is just a shell, external
Egos swell, that one'll burn ya, we fell a long way down, that eternal frown'll get you down
You look vexed it's the dregs, the yetzer hara's lurking
Trying to make you forget we got a job to do
You're a priest and a prince and you can't be moved [Chorus:]
You're a warrior, Fighting for your soul
Taken from a world above, and brought down to a world below
Re-united, re-united return the princess to the king,
Re-united, re-united, she's been taken for so long
Re-united, re-united and then she'll be filled with joy
Re-united, re-united like the days of her youth

Descended to the pit
What's this feeling can't get rid of it
Soul sick
Can't seem to shake it
When one retires at night weeping, joy will come in the morning
You made my mountain stand strong

Like and ancient memory
Remember how it used to be
Close your eyes and breath in
That's the scent of freedom
Ringing across the sea
Land of milk and honey
One day will wake up from this dream and we'll stop dreaming,
Oh, yo, then we'll see clearly 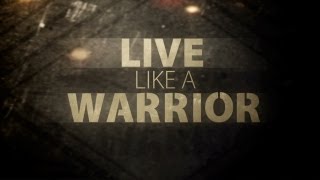 Rate Warrior by Matisyahu (current rating: 10)
12345678910
Meaning to "Warrior" song lyrics (1 meaning)
Cheyanne May 3, 2012-6:15
0
I believe he is talking about Yeshua... but im curious why he wont say whereto or not he does believe.. I know for a fact that Yeshua is the Lord but I also know that Jews are YHWHs people
Watch Video Comment Enlarge font Correct lyrics Print lyrics