The Bible And The Breathalyzer Lyrics

The Bible And The Breathalyzer Lyrics


Among the tattered dwelling of the new found home, in the furthest cramped corner sat the shell of a goat head strangled in copper wire, scraped of it's insides, unwashed behind the ears, fueling the crooked names spoken by leeches.
To a thinning cowlick's fat his crippled limp, dragging along the hump of the floor. Sobbing from the smacking mouth of the demagogue wells, making wisecracks, spilling from the corners with their pink flinches, second glancing their every move.
It ate pickled nose cartilage that fell from the ceilings, a porkskin drizzle unnerving the humans, while it read aloud from it's favorite books, in glossylalia slang and hierospecks truths, following a slow and patient wait, a mocking their hair as it was glued to their upper lip combover.
Under the wall, the ships smeared by faithfully talking the magnum fanatics and their bottles of scalp soup.
They cooked up a tardis smudge on their eyes, a lunar antidote that powdered underneath the oncoming pestilence of their idling fingers.
It wrote them a seance, penetrated their every dependant desire.
It hacked off the central headpiece to the collective.
It wrote them a message in the marrow of the knife, with the extension of Baphomet* transfusion.
Glued to the animals, perversions of their former selves, patiently biting their fingernails looking for a clue.
As soon as it failed to appear, the faithful fell under the spell of public execution.
It had been an eternity filled with useless ritual, and all for nothing, promising salvation, but only flags came swarming around for a better taste.
What was left were the scraps, dressed in animal skin, defiled servants holding their breath, fatherless culprits blaming their kin, waiting for an answer.
They thought a day would come, or a giraffe might choke in midair squeal, some sort of indication. Only it was the hands of the followers that had left their markings in neatly packed dunes filled with the decapitated remains, found sealed in sand.
It only stained the conscious for a brief moment, then came disgust.
Realizing there was nothing to it, people began collapsing in collective states of drought.
Palm-size vents heating in the chest, cluttering the graph, a bladder full of remains.
Nothing became of them because nothing was the reason, an apathetic display dripping into vats of obesity.
The feud had been sucking teeth for some time now, but the only baggage that paraded about was the curtain epidermis unfolded in an inebriated suit.
The fit came suffocating, feathering the boa-constricted paleness, frostbitten, and shovel-faced.
It came before them in utter confidence, flares of pink owls in the nest of albino eyelids blinking out chemical obscurities to the blind.
It bloomed into a hemmorrhaged contraption that impopulated the disenchanted, one by one.
All the churches were converted into quarantine facilities, inside them grew bacterial stubble compacted by larvae, contracting and teething.
A newborn litter degradively sufficient, running from the horse collarbone, amongst the murmuring femurs wimpering in fractures.
"Are you the polaroid shot you thought you were?", it said with a coy smirk.
With the position now vacant, it waltzed right in and made itself at home.
Seduced by the empty nominations at the altar of broken ballot boxes, closer to that nothingness that everyone seemed to embrace.
As it pissed all over them, the sigh of relief steamed off the soaking depressants, an impending sleep was on it's way.
Explain lyrics
Correct lyrics 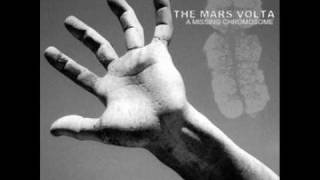