Can you stay here next to me?
We'll just keep drivin'
Because of you I see a light
The Buick's a century, 73 like you
Some strange religion

I get my hands on some money, Momma
An' a shot in the night
Stared down the past an' just scarred my eyes
Now, I know there's no easy ride
She's been the kind who would take it in stride

Some jack of diamonds kicked her heart around
Did they know they were walkin' on holy ground?
Almost called it a day, so many times
Didn't know what it felt like to be alive
Till you been a friend to me, like nobody else could be

Keep my hands on the wheel now, Momma I gonna honestly try
She looked past the scars an' the burned out eyes
An' could see I'm no easy ride
She's just the kind who might get you to buy
Some strange religion

This jack of diamonds kicked her heart around
Should 'ave known they were walkin' on holy ground
This life might eventually
Just be the end of me
Will I still be with you? 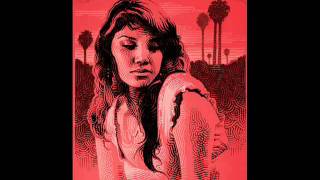