Berlin
Marillion
He Knows, You Know Kayleigh Hotel Hobbies The Opium Den The New Kings, IV: Why Is Nothing Ever True? Abraham Martin And John You Don't Need Anyone Tomorrow's New Country Bitter Suite A Collection
Berlin video Marillion twitter


Track 6 of _Season's End_
The mascara'd blonde from the Berliner bar
Rises at twilight, gets dressed in a daze
Black leather crackles and cold water runs
As she touches the walls of her memory maze
And the shadows of men she has known fill her day
She's held half the world in her arms so they say
But she wakes up without them with a hole in her heart
And she puts on her clothes lives her life behind bars
The mascara'd blonde from the berliner bar
Sighs at the skylight gets lost in the haze
Black leather crackles an cold water runs
As she touches the walls of her memory maze
Someone got stranded in No-Man's land
Dancing in the spotlight to the sound of clapping hands
Nobody knows who's side he was on
It's a risk that you take in No-Man's land
Nobody knows what made him decide
To run for freedom and to certain suicide
When they turn off the guns and his fingers uncurl He's clutching a photograph of a Berlin party girl
Come in from your checkpoints on your lonely roads
Come in from your ditches in you silent fields
Where intensified light from a rifle sight
Makes the darkness day
And the day too bright
And we wake up without you
We wake up without you
With a hole in our hearts
You mad dog shaven head bottle boy Freaks
In martens & khaki drunk on sake
You stare at yourself in the cruel flush of dawn
Terrified sunken eyed withered and drawn
The Butcher, the Baker, the Munitions Maker,
The Over-Achiever, the Armistice Breaker,
The Free-Base Instructor, the Lightning-Conductor
The Psycho, the Sailor, the Tanker, the Tailor
The Black-Market Mailer
The Quick and the Dead
The Spotlight Dancer
The Quick and the Dead
[JOHN HELMER and STEVE HOGARTH]
Explain lyrics
Correct lyrics 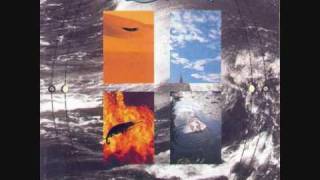 check amazon for Berlin mp3 download
browse other artists under M:M2M3M4M5M6M7M8M9
Record Label(s): 1997 The copyright in this compilation is owned by EMI Records Ltd
Official lyrics by