I'm as restless as a willow in a windstorm, I'm as jumpy as puppet on a string
I'd say that I had spring fever, but I know it isn't spring
I am starry eyed and vaguely discontented, like a nightingale without a song to sing
O why should I have spring fever, when it isn't even spring

I keep wishing I were someone else, walking down a strange new street And hearing words that I've never heard from a girl I've yet to meet
I'm as busy as spider spinning daydreams, spinning spinning daydreams
I'm as giddy as a baby on a swing 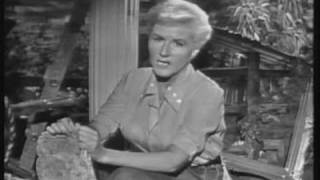