Come hell or high water,
Down to slow our approaches,
Just another lost soul,
Stuck callin Jehova,
Outlaw till its over,
Brandish my strap,
Back like a cobra,
I stay drunk, cause I'm a mad man
Whenever sober,
On a one man mission,
My ambition's to hold up the rap game,
While I pluck holes in niggas like donuts,
And still, down to die for all my souljas,
Like hillbillies, they dont fear me,
So refuse, bringin war to tha city,
With each breath, it's death before dishonor,
Never let you swallow me, no apologies, your honor,
A general in war, I'm the first to bomb,
With a squad of trusted killers, quick to move shit,
Heavily armed,
I'm similar to Sadam, sometimes I question Hussein
Like friends frantic for that last vein, stuck in the game
I hit the scene like sandstorms, then transform, watch me
I take tha figga of dirty niggas, who all got me
While bitches is wonderin who shot me
no love, keep a grudge, shootin slugs like Muammar Quadaffi
Murder my friends, build a new posse
we takin shots on paparazzi, "gonna fly now", nigga like rocky
you got alot of nerve to play me,
Another gay rapper, bussin caps in Jay-Z(buck, buck, buck, buck, buck)
And still avoid capture,
While y'all cought caught up in the rapture,
Still afta me, I'm in Jamaica sippin Daqueries,
No doubt,
We're used ta have nuthin, then grabbin sumthin and bustin,
wanted to be the thug- nigga, that my old man wasn't,
Out came a total fear of catchin cases, litigation,
niggaz playa hatin, got me crooked in all 50 states,
I'm screamin DEATH ROW, throw 'em a westside, aint no thang,
we was raised off drive by's, brought up to bang,
We claim mob, M.O.B., if you be specific,
we control all cash, from Atlantic-Pacific,
And get this, i'm hard to kill, when I peel wit this live spot,
Father, how the hell did i survive these 5 shots,
live it up, or give it up, and like demons
Late night, hear em screamin
We goin all out!

I'm on my land sled, walkin through tha belly of tha beats
Feelin, like I'm all out, drunk as can be
its plain ta see, that we mobb niggas hidin in bushes
Claimin that they ryde rough, but they soft as they cushion They softer than bitches in the worst way, drownin in blood
Outlaws, my blood bruthas, I'd die fo these thugs
Say hi to this slug, it's a shame how some niggas on the westcoast
Was rydin wit Pac, but when he died, they went pop
I'm on the Jers to the fullest, like sum westcoast love
But afta Pac stopped rappin, it aint no westcoast thug
just westcoast wut? to my real niggas stuck in da street game
Cause rappers like Jay Z, be pumpin Kool-Aid through they veins
Is it tru wut Im sayin?
Slap your soft ass to da floor
And watch my fo fo, put peek holes through ur door
I ryde or dye, but dese otha fag niggaz be bitin dis
It's all from my heart when I was writin dis
All out
Chorus
Now, we all ride, and down to die who wit' us
Speak up, or get treated like you comin' to kill us
Ain't nothin but sqeallers, in this rap game, swearin' they rough
Tattooed up, and now them niggaz swearin' they Pac
Stop that, and whatch ya back, we ain't forgot 'bout cha
These glocks hot, and when shot, it'll bring the bitch up out cha
It's me, Kastro with the goattee
Walkin' like a OG, cause all these fag muthaf*ckas owe me
I pray to the thug lord, like that muthaf*ckas holy
Frontline soulja, till the heavens call me
I go all out, and if you real, you real
Feel what I'm talkin' bout, cause this game is ill
I live it, forbidden fruit, shoot, 'till they feel it
Livin' proof, Pac breed niggaz, they can't deal wit'
Holla back, right back, and watch ya mouth
Or get blood in it, WHAT, we goin' all out
Nigga

We goin' all out, bomb first till they fall out
Take them the war route, without a doubt
Ball, which means we all ride if it's on
Each nigga handle ya own, bring it on strong
If you got bills to pay, nigga go all out
Bustas playin with ya peeps, betta go all out
Try'na see the next day, nigga go all out
Obstacles in ya way, you better go all out

We goin' all out, bomb first till they fall out
Take them the war route, without a doubt
Ball, which means we all ride if it's on
Each nigga handle ya own, bring it on strong
If you got bills to pay, nigga go all out
Bustas playin with ya peeps, betta go all out
Try'na see the next day, nigga go all out
Obstacles in ya way, you better go all out

[EDI talking]
ey, you niggaz just gon think that you gon be uhh, talkin and slippin
on all of these muthaf*ckin' records, and we ain't gon say shit, now it's 1999
it's a different grind, no disrespect to the Don 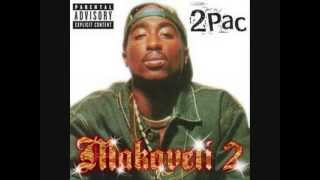 check amazon for All Out mp3 download
these lyrics are submitted by kaan
browse other artists under M:M2M3M4M5M6M7M8M9M10