[Chorus: Jaquae & Dave East]
All I know is that bag talk
I can't speak no other language if you broke nigga
Some say I'm asshole
I don't mean to do it, I swear (I gotta get that paper)
I gotta get it, gotta get it
I gotta get that paper (Maino), yeah
I gotta get it, gotta get it, gotta get it, ayy
[Verse 2: Dave East]
Hard to believe, them niggas ain't foolin' me
Nowadays the music be faker than niggas' jewelry I ain't trustin' nothin', I'm hearin' nothin' I'm seein'
I had to go to court, made an appearance just for my freedom
Everybody sold a brick, everybody had money before they deal
And everybody hoes was thick
I really got a felony, I'm missin' money in Toronto
Predicates and hustlers most of the people I know
They claim they from the gutter and they never seen a cockroach
Get nervous when the cops close, on they mama they not broke
Them cars rented, chains rented, them broads rented
Take 'em where it's real at, watch how they all timid
They thugged for that phone in jail, you had a call limit
The type you never have around if you gon' talk business
Never could they swim in the water with sharks in it
I pull up all tinted, that Porsche is dark skinned 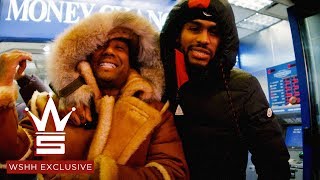