In The Middle Of The Night Lyrics

In The Middle Of The Night Lyrics


(Foreman/McPherson)
Nice man George, newsagent on the corner,
Not very rich, but never any poorer,
Jaunty old George, a happy sixty-three,
Not very tall, but healthier than me.
He whistles timeless tunes as he saunters down the street,
Springs in his legs and elastic in his feet.
But in the middle of the night,
He steals through your garden,
Gives your hosiery a fright,
And doesn't say pardon.
As soft as a breeze,
With an arm full of underwear,
On his hands and knees,
Dreams about the knicker scare.
Hello there George, newsagent on the corner,
How's the old car, yes the climate's getting warmer,
Chatty old George as you get your morning paper,
Read about the knicker thief, underwear taker.
Bids you 'Good day', as you wander out the door,
Never closes early, always cleans the floor. But when darkness hits the town,
And there's washing on your line,
Get your knickers down,
Before the dreaded sign.
When the clock strikes eight,
And you're snuggled up in bed,
He'll be at the garden gate,
Filling underwear with dread.
Nice man George, newsagent on the corner,
He was closed today, maybe gone to mow the lawn,
I had to go further down the road to get me current bun,
Hello - Isn't that George on page one ?
No it couldn't be, but yes it is,
Difficult to see from these photofits.
But they are after him,
Of that you can be sure,
They've called him on the phone,
They've knocked on his door.
a-But he's gone away,
Gone to stay with some mates,
He got the papers early,
And saw his own face.
Explain lyrics
Correct lyrics 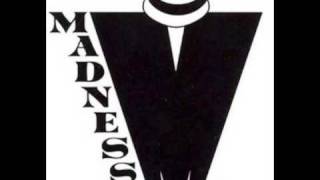