[Verse 1]
This is for the freaks and for my magicians
Booty clap and lap dancing technicians
Dance parties in the name of Great Britain
And American girls who love the Detroit Piston
Like Dennis Rodman, I got a rod man (awww yeah!)
Long wong-dong in a soft hand
And a ping-pong pink schlong, let's all dance!

I got a bottle of Martinelli's and I'm dumping
It on anybody that's kicking it in the grotto
And the name was keep tripping, like I'm in a castle
f*ck your condo!

[Verse 2]
You like to party, I am a party-er
You like to wander, I am a wanderer
Your thighs are the closet to Narnia
Is it cool if I go and get lost in that?

I'm the lion, the witch in the wardrobe
Massaging my lap, I have a sore bone
Of course cold on the dance floor
Like an Eskimo's toes in the North Pole
With both toes poking out of two holes
In the Eskimo socks, I'm hot Like a cauldron from a warlock
Wearing sweatpants in a sauna
Who's your father? I'm not

I'm motherf*ckin' Raven Bowie and here's my cock
Rooster,Cock-a-doodle-doo sir
Take a hit of the hookah, now make it drop

Girl's booty was bigger than the stomach of Rick Ross'
Holy mother mountain of tender tendin' you get lost in
Bounce, bounce, that castle booty, that bottom
Make it wobble, wobbly-wobble 'till my third leg has to
hobble

Bring my bagpipe, I grab my flute
Cause drunk King John is still the lieu
Get onto the pole in a birthday suit, our suit
And M.J. was King, and Prince was Prince
And Raven has ruled ever since 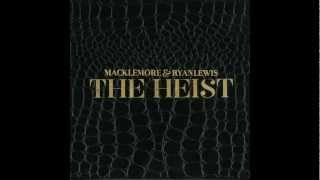