What is a man that stays true to the game
But has to cheat a little to get by
Well that is a person that I know to well
Don't want to know, but I don't have to ask why
Everyone like a loaded gun
You want some shit, I'll f*ckin' pound you, son
Don't need a reason, pain I'm feelin'
I gotta vent or else I blow inside
Pre-chorus:
Introspection, termination
Can't tell right from wrong
Fed up with this whole system
It's gone on far too long
Chorus:
You tell a thousand lies, been told a thousand times
Your words we hear, but we cannot sympathize
Thousand lies been told a thousand times
Hard as nails, the power to survive
What is a man that stays true to the game But can't believe some of the things he sees
Anger's a gift and I won't be kept down
In poverty there is no democracy
Used needle and a crack vile
A broken bottle and a bullet shell
This urban life is so volatile
An inner city or a concrete hell
Pre-chorus
Chorus
What is a man don't stay true to the game
Don't care for no one, only cares for his greed
He's playin' God killin' thousands of people
'Cause the power is the fix that he needs
Racist goal of the white devil
I watched our souls burnin' over oil
A politician got no feelin'
It makes my motherf*ckin' cold blood boil
Pre-chorus
Chorus
Explain lyrics
Correct lyrics 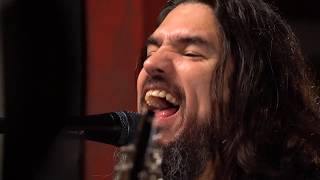