Danger
One of us just lost our savior
Got to maintain when you're going insane so I say this prayer
Dear God, why do I need this medicine to control my anger?
And do you even exist? They're trying to say it's a myth
Lotta things left unsaid
Lotta things left unanswered
My aunt just passed from cancer
Dad just got out of rehab
And mom's never gonna show up, gotta grow up
Ride with me through the memories inside of me
Till the nights I was hooked on the ivory
Head hurting all week 'cause of bad coke
Then the same week Peep overdosed, that's f*cked up
But I guess I lucked up
And I feel this pain because it probably won't be until
The day I die that they love us
But trust every nomination I don't get
Every list that I ain't on
Is a reminder of why I wrote songs in the first place
As a way to escape where I came from

Play this song
On the first day I am gone, I do not want you to cry Legends never die, I hope our story's told
And the year spent on that road
Before they came to our shows
We were creating our lane, I hope they pave it in gold
Take me home, somewhere I belong
Somewhere foreign looks like Dali's drawing
Yeah, isn't it funny that whenever you got a vision
A mission and a couple of plans to go with it
Somebody gotta come along mad and damage it like a cancer
That inhabits never banishes I managed to smoke five grams of cannabis
I still keep my stamina for the fans and the goddamn cameras
That attack my Stance like evangelists
I said truth and they couldn't handle it
So when it sinks you stand in it
I guess this is my titanic
With no James Cameron to direct this draft of it
Just my

Pretty toxic heavy conscience
Weighing on my soul
Six shots in my revolver
When I'm on my own, back against the wall
It got me anxious
Helpless, frigid, cold
Late nights drinking on my own
Now I'm fearless, Al Capone
To my dearest, I ain't gone
Explain lyrics
Correct lyrics 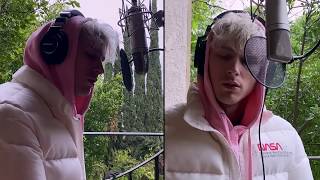 check amazon for Pretty Toxic Revolver mp3 download
these lyrics are submitted by GGEN1
browse other artists under M:M2M3M4M5M6M7M8M9M10M11M12