Well, I was on my way to meet up with this woman that I met
The other day while I was on my break to smoke cigarettes
I hit her up, she had some weed and told me come through we should smoke
Bring a pair of gloves, don't bring no money, baby, I ain't broke
So I'm walkin' up the stairs to the porch
Knocked against the door, heard some feet against the floor
The door had opened up and it was her, she told me, "hurry come right in"
Leave your shoes up by the front, cause we just put new carpets in
She asked me 'bout my day, sat me down
Told me we should have some fun, there ain't nobody around
She got this crazy pill the other day while she was on her way to work
Told me it would make my problems go away and fix the hurt
That I had, well, that don't sound bad
Down the hatch, kinda nervous, just relax, she said rubbing on my back
Well I ain't really into drugs but f*ck it
I'mma take a trip and I'mma love it

[Hook]
I don't know what happened to me
But as soon as it hit me I was f*ckin' free
It took me, to somewhere off the map
And I don't think I'll ever find my way back, back

[Verse 2]
Well, I left right after that and started drivin' to my house where I reside
I was high and possibly a little f*ckin' out my mind Can't remember where I live, it ain't like I just bought this house
I said f*ck it, took a breath, opened my door and just jumped out
And it's funny cause I didn't even hit against the road
I just ran right through the ground and started floatin' on my own
I see colors, different colors, like they glowin' in the light
They was glowin' like they glowin' in the dark, well it was bright
That's alright, this shit crazy, what the f*ck she had me take
If this kill me, I'mma come back, haunt her every single day
As I wait sittin' somewhere that I never seen
Feel like I forever dream, just some magic said I seen
Power and imagination got all my surroundings changin'
Found a place to drown my brain, it something like it's outer space
But nothin' like the pictures from the astronauts
They showed me back at school
When they told me drugs were bad, oh man, oh man, they had me fooled

[Hook]
I don't know what happened to me
But as soon as it hit me I was f*cking free
It took me, to somewhere off the map
And I don't think I'll ever find my way back, back 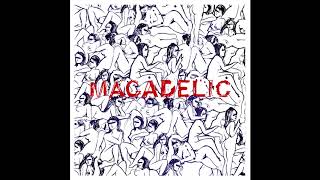