[Verse 1: Mac Miller]
I give no f*cks when I go nuts, cause I smoke dust, overdosed on the sofa then
Woke up from the coma pulled up in a Skoda smoked, went back to bed
Never thought it would be such a loner, I tell my bitch that I f*cking own her
My neighbor's daughter just got a dog, I'ma run it over, I'm a f*cking soldier
So cold bro f*ck pneumonia, all my bitches got love for Sosa, I just wanna f*ck
Roast up coaster then disappear in Southern California
Strung out to the night, I'm chilling, everybody worried the lights might kill them
Via sight slipping, long lines of those white women
I'm with the homies, bump Counting Crows
Just went through the half ounce of coke, blood pouring out my nose
Don't tell my mom I got a drug problem, I'm f*cking high
Leave proper size, when the sun go down I come alive
Cause the guns go off in the summer time, cause the guns go off in the summer time
Blaow

[Verse 2: Earl Sweatshirt]
I blow a spliff before the ink dries on the paper
And lately, I don't like shit, I been inside on the daily Getting wasted as the time that I'm spending high and sedated
I'm putting five in his face, because we don't buy into bullshit
As soon as it's flashing lights then it's kush to hide in the bushes
I do this shit out of spite cause there's niggas that overlooked me forever
I'm more content with dark and stormier weather
Flip the f*cking cross on your rosary, we supposed to be better
But here's a toast to your efforts, and don't approach me with nothing
That isn't money or breakfast, I'm close to choking a p*ssy, p*ssy
Sweaty Man, you best had bet your bottom dollar on him
With a couple niggas, weighing sess like it's a lot options
15 on me for soda and swishers
And who's the shit, a bag of chips, and a colon decleanser?
I'm over bitches trying to act like I owe 'em a picture
Rather introduce these hoes to Vince who could show you a pistol
Listen, ST was the older initials
Been rap game tighter than boa constricters
Rolling stone like a Boulder raving, I'm so impatient and going dumb as
Disclosing my f*cking home location to total strangers
No love in my heart for coppers, blood from my lungs on the sink
Cashing out off the garments, the artist, f*ck what you think
Scowl turned black and the carriers could pick
And my flesh when I rest, tell 'em bury me adrift 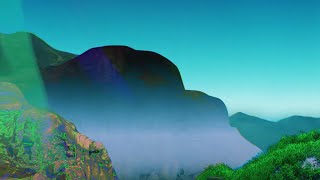