Just Some Raps, Nothing To See Here, Move Along Lyrics

Just Some Raps, Nothing To See Here, Move Along Lyrics


[Verse:]
It's the realness, city of the steel where the films is
Bill s**t, balling like a smalla Josh Childress
I'm in the buildin', swagger on a million
Ill s**t in my b***h p***y like a drill-bit
M. I. L. F. S get hunted down, p***y age like fine wine
Busy on clock in the dark, hard to find time
Spitting out iodine, rhyming on advance
Finna burn you, put the magnifyin' glass to all ya ants
It's fire errywhere we go
Nobody watch you anymore like Drew Carey show's
Comin' through yo stereo, here to cuz the chaos
B*****s throwing bras on stage, hit em' wit paint balls, s**t
How'd ya make out? Pretty good, got a mansion and a lake house
Millions off of Paypal, in the table at the steakhouse
Man, life is brilliant, militant, still the s**t, killin' off civilians
All these white rappers, I'mma neva meet my children
That don't go fo' errybody, just the obvious ones
I'm on the boat bout' to eat when this? Come
I put the cocaine away, I'm drinkin' coffee a bunch
So what ya in it fo'?! Pretty sure it's more than a hunch
Built the formula fo' defeat in the form of orderin' such A warrior, I'm 2 much, watchin' p*** on a camcorder while
I'm ordering lunch, I give ya more than enough, what?
The yung heavyweight, rapping on detonate
Readin' Hemingway, I been a leader, not a lemmin', betta get it straight
F**k the system, b***h it's time fo' prison break
I been a great, shake it, got ya fallin' just fo' timber's sake
And I ain't Justin Timberlake but I ain't much intimadatin'
Waitin' patiently like can't ya see, this s**t is innovation
Been creatin', standin' on the roof, I feel the shingles breakin'
I'm just spitting raps and y'all be singlemakin'
Unlock ankle bracelets, $ chasin', in the p***y, procreation
Grand slam, load the bases, in the zone, bring em' home
Been around the globe, done a 100. 000 show
Now I'm in album mode, errythin' I touch, it turn to valuable
Pittsburgh pileofsnow, neva gave a f**k about a s***
I piledrive a hoe, wild lion tiger flow
Expert rhymer, neva will I tire wit these fire stones
Might as well retire, go and find a home 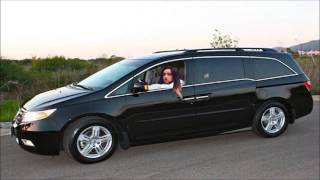