Barney came to the gossip bench and said "I barbecued a
dog
on a tractor axle yesterday down at the dump yard"
And nobody looked surprised if they was listening at
all
'Cause when you're old to act surprised you have to try
real hard
And they don't, and they won't
Because they tried before, and they were just ignored
By everything - and everyone - they tried

Barney told some jokes and kept 'em grinnin' all while
Especially all the ones they'd heard before
And when he left they all said "Good ole Barney
sure can raise a smile" and then they wondered to
themselves
"What am I smiling for?"
And don't - maybe they just won't
But they all smile before and now there's nothing left
to laugh about
So they go without a smile

Ah, we missed your family at church today
Forty years ago I looked a lot like you
Sit down, son, and help us pass the time of day
Lord knows there ain't much nothin' left to do
Good Lord knows there nothing left to do

Ah, we missed your family at church today
Have you heard who's running 'round with you-know-who?
Light's home at the fun'ral home - who passed away?
Lord knows there ain't much nothin' left to do
Good Lord knows there nothing left to do 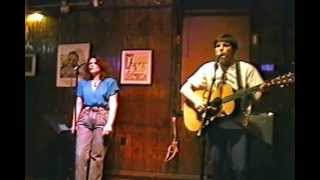