[Knumskull]
I'm at the peak of my age; when I wake up my dick's hard as f*ck
Steady stickin hoes so you know I don't press my luck
I like to f*ck until she bleedin
Don't ask me no questions, afterwards you know that I'll be leavin
I might not leave right then and there though
I'm not givin you no ride, so get up, put on your hair, hoe
I got no feelings for hoes at all
Cause I know when they leave, the next nigga f*ckin up the walls
So when I have em for a one night, I have more fun than Hasbro
But I don't be f*ckin hoes in the ass though
That's a no-no, a nay-nay
I remember to take my dick out, hoes, cause I don't want no babies
It doesn't matter what position we in
Cause when I nut, the cum's headin straight for ya chin
My dick is shootin like a water hose
And if your tits are big and in the way then I'ma water those
Ya think Too $hort was bad
Hoe, ya better think twice cause I'ma have you wearin out ya kneepads
And what the f*ck is a threesome?
I don't give a f*ck about how many hoes, I'm f*ckin plenty hoes
It doesn't matter to me nuthin, you can put ya mouth
On my dick, but there just won't be no eatin out
We can have lots of fun though
Take a hit of Henessy, uh-oh, ya better run, hoe
Cause I be horny as f*ck hittin the yang in the gut
And if you think you can hang then good luck
I'll take ya on no matter what ya think
Ya know shit's all good, just as long as it don't stink
So open up and let me in, and in the end All ya have is nut drippin off ya chinny chin chin, wit my ...

[Yukmouth]
Yeah, Yukmouth in the muthaf*ckin house, the crib or the pad
Look out the back of my ass, peep the sag
Love to hit blunts cause that's the shit, but never eat the cunt
When I f*ck wit a stunt, that ain't the lick, punk!
Sellin out and gettin sick when ya earl is when
Niggas lick the pearl tongue, f*ckin with them girls from
The ghetto, if it wasn't for dukie braids
The hair be nappy that done f*cked everybody and they grandpappy
Wearin a rubber can't provoke
A nigga from catchin gonorrhea in the throat, so you choke
I never was a nigga down to eat
I just pound the meat, enough to put a bitch sound to sleep
Most niggas don't know what they doin on it
Ya might as well grab some shit out the toilet and start chewin on it
Cause niggas eat the asshole too
Leavin hella doo-doo on yo tongue, now you sprung on the bitch
(She f*cked the crew even) Steven Segal was above the law
And I ain't puttin my lips on shit that ain't above the bra
Hoes pout when on the couch cause I never put my mouth down south
You gotta count me out like Ralph
I'm not a stone cold gentleman but my dick is sensitive
When it goes down the throat and hit the ribs (Yeah)
So open up and let me in; in the end
All ya have is nut drippin off ya chiny chin chin, beyotch 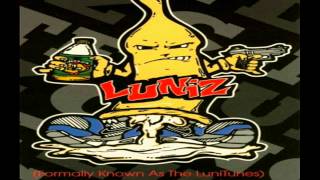