This is the north part of Yonker
Their home
A whole world all to itself
You could get to any borough 30 minutes from here
It might as well be 3,000 miles away
Over there, that's Alexander Street Precinct
The sounds of the sirens fill the neighbornood
It was around 1997
L-O-X was the sound of the street
[short clip of a song by the Lox]
Felt like there was a Bad Boy in every corner back then
Was the time then
Mike Tyson was about to fight Holyfield For the heavyweight title
Tyson was that nigga, word up
Pops used to sneak us into the gambling spot
To watch the fight on pay-per-view
That's Gettys Square
That's where everything went down at
I'll talk to y'all about that later
Over there
That's the hill
That's where we got rated at
Cops battling
A little red house
59, Chestnut Street, second floor
That's the lookout store
Ayo when shit was moving slow at the spot
All you would here is... 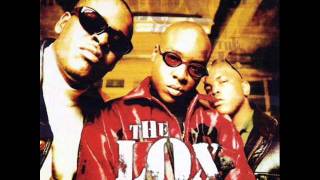