[Puff Daddy]
I want you to ask yourself one question
If you had twenty four hours to live, what would you
do?
That's some deep shit right there, a lot of pressure
How would you handle it?
Mase, what would you do?

[Mase]
Yo, I'd turn out all the hoes that's heterosexual
Smack conceited niggas right off the pedestal
I'd even look for my dad that I never knew
And show him how I look in my Beretta, too
I'd do good shit like take kids from the ghetto
Show them what they could have if they never settle
Take every white kid from high class level
Show 'em what Christmas like growin' up in the ghetto
Teach niggas how to spend, stack the rest
Give blunts to the niggas under massive stress
Give every bum on the street cash to invest
And hope Harlem will blow up be my last request

[Jadakiss]
Yo, yo if I had twenty four hours to kick the bucket,
f*ck it
I'd probably eat some fried chicken and drink a
Nantucket
Then go get a jar from Branson
And make sure I leave my mother the money to take care
of grandson
Load the three power, hop in the Eddie Bauer
And go give all six to that papi that sold me flour
Get a fresh baldy, make a few calls
Shop at the mall, shoot a lil' ball
Have all of my bitches on one telly at the same time
Spread it out on different floors
And I'm gon' play lotto, for what?
Even though I ain't gon' be here tomorrow, so what

[Black Rob]
You know when I was close to the ledge
I'd probably be in the wedge
With this bare spanish mami playin' 'tween my legs
Then I'm off to get choke and smoke one a them dreads
And get that bitch from '89 that gave us up to the feds
Thought of momma, wrote her a note, we ain't close
I hate her boyfriend so I put one in his throat
f*ck around and sniff an ounce of raw, bust the four
Fours, pull out my dick and take a piss on the floor
Jump in the whip, git them cats I wanted to git
Since the Tavern on the Green robbery in eighty-six
Went home took a shower in nice cold water
And spent my last hours wit my son and my daughter

[Sheek]
What hey yo, if I had twenty four nigga gotta get the
raw
Run all them papi's spot, put one in his head at the
door
For the times that I paid for twenty an he gave me
twelve
The other eight had to be baking soda by itself
So papi f*ck you, you dead now, I'm off to the bank
With those bricks in a bookbag and a stolen Jag I just
grabbed
Went in there grabbed the bank teller wit the pretty
face
f*ck her in the safe, and have her take me to my place
We'll make a kid but that's selfish and that'll be bad
For my son to have the same shit his pops just had
And when I'm down to twenty three, I'm a be strapped
wit TNT
Run up in city hall and take the judges wit me

[Styles]
If I had twenty four hours to live, I'd probably die on
the fifth
Run in the station squeezin the inf'
I'll be waitin' to get to hell and bust down Satan
Styles' on this shit and I got spot vacant
Back to the twenty four I make it out the precinct
Shootin niggas that I hate in they face while they
eatin'
I'm on the job robbin' every so-called Don
Give the money to my moms and tell her that I'm gone
I would school my little brother that niggas mean him
harm
He should learn to tell the future without readin'
palms
When they come in with the bullets, you prepared with
the bomb
So f*ck bein' violent get stocks and bonds

[DMX]
Twenty four left until my death
So I'm gon' waste alot of lives, but I'll cherish every
breath
I know exactly where I'm goin', but I'mma send you
there first
And with the shit that I'll be doin', I'mma send you
there worse
I've been livin' with a curse, and now it's all about
to end
But before I go, say hello to my little friend
But I gots to make it right, reconcile with my mother
Try to explain to my son, tell my girl I love her
C-4 up under the coat, snatch up my dog
Turn like three buildings on Wall Street, into a fog
Out with a bang, you will remember my name
I wanted to live forever, but this wasn't fame 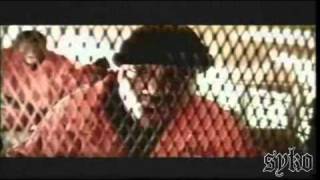 check amazon for 24 Hours To Live mp3 download
these lyrics are submitted by kaan
browse other artists under L:L2L3L4L5L6L7L8