Fly the little monkey up a telegraph pole
Sending out a signal to somebody, somebody
Somebody, please somebody

There came a fearful ear splitting yell
Yell satan dance, the next stop's hell
T'was then the passengers shrieked with pain
And begged the devil to stop the train
Stop this train

You've pulled in the weak, you've cheated the poor
You starving tramp, you turned from the door
You've lit up gold till your purses burst
You've given a cleargy a beastly lust

You've mocked at God in your hellful pride
You've killed and you've cheated, you've plundered and lied
You've come across men and you've swore and you've stole
Not a one but a splurge and in body and soul
Body and soul

So you've paid full fare and I'll carry you through
If there's one don't be loud, I'd like to know who
And here's a time when I ain't no liar
A land that will save you, a land of fire

And your flesh will scorch in the flames that roar
You'll sizzle and burn from [incomprehensible] to core
Then I awoke with a thrilling cry
My were clothes were wet, my hair stood high 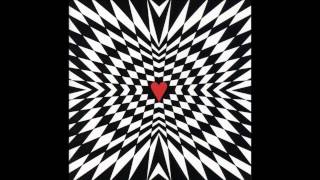