Pedro lives out of Wilshire Hotel
Looks out a window without glass
Walls are made of cardboard, newspapers on his feet
The old man beats him 'cause he too tired to beg

This room cost two thousand dollars a month
You believe it baby, it's true
Somewhere there is a landlord living that wets his pants, wets his pants
No one dreams of being a doctor or lawyer or anything
They just dream of dealing on the boulevard

Give me your hungry, your tired, your poor piss on 'em
That's what the statue of bigotry says
All you poor huddled masses
Why don't you just go club 'em to death? Get it over with
Dump 'em on the boulevard, and get it out now

Outside it's a bright night
There's an opera, Lincoln Center
The klieg lights shoot out over the Manhattan skyline
But the lights are out on the mean [Incomprehensible]

Back at the Wilshire, Pedro sits there dreaming
Found a book on magic in a garbage can
Looks at the pictures, looks up at the cracked ceiling
By the count of three I'll get outta here and fly away

{Thank you and good night} 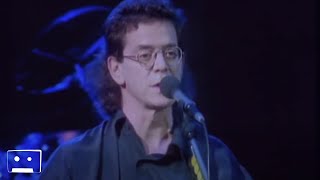