VERSE ONE
No, these just ain’t f*cking words
No, this ain’t no f*cking verse
Nigga this my f*cking life
I been through the f*cking worst
First they took my father from me
Shot him in the f*cking head
Then they took my homies from me
Locked ‘em in the f*cking Fed
Then they took my cousin (Churl)?
And they kidnapped Mardy’s girl
After that I lost my deal
Had me screaming f*ck the world
(Now my nigga Mardy locking
Feds ran up in Puffy shit)?
But I worked too hard to get signed
And I been through too much to quit
So much pain inside my heart
So much passion in my eyes
That now I just invite the pain
I think it’s passion in disguise
Bless my God that kept me safe
I cherish every single breath
But Lord knows I been through so much
That up’s the only thing that’s left
Momma if I’m bitter lately
Sorry I don’t mean to be
But I wake up in cold sweats
Fighting demons in my sleep
Pray to Lord my soul to keep
Want for nothing less than more
So anything I’m going through is everything I’m destined for

CHORUS
If you’ve got a question, well I am the answer
(In the blink of an eye)? I can make a believer
I’m an achiever
(Livin in hustles)?
When I was down I found strength in my struggles
I’m unstoppable
Destined to be unstoppable
Unstoppable
Destined to be unstoppable
Unstoppable
VERSE TWO
Faced my fears and tucked my pride
Took a loss then earned it back
Never had to hide my hurt cuz everybody turned they back
Never made too many threats
But I promise you they gon learn
I came to re-decorate
It’s funny how them tables turn
Love can’t be an open door cuz often times these strangers knock
My heart been a house of pain and every month I change the locks
My swag be on ADT cuz they try to pull B and E’s
Homie ain’t no windows here cuz nobody be seeing me
I’m screamin out I’m the best but ya’ll niggas don’t hear me though
Revenge is sweet and this is my recipe for a miracle
It’s such an equation
Menage a trois with greatness cuz at the same time I’m f*cking amazing
My verse could penetrate the Earth
The dead could probly feel this shit
At least when they wish me the worst, it’s something I’m familiar with
I’m still legit, still the shit, you know where my heart is at
They tell me it’s impossible, but shit I like the odds of that 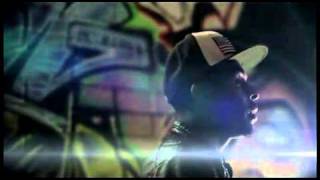 check amazon for Unstoppable mp3 download
these lyrics are submitted by Derek R.
browse other artists under L:L2L3L4L5L6L7L8
Record Label(s): 2013 After Platinum Records
Official lyrics by