LORDS OF THE NEW CHURCH


(Bator/James)
Video games train the kids for war. Army chic in high-fashion
stores. Law and order's done their job. Prisons filled while
the rich still rob. Assassination politics. Violence rules
within' our nation's midst. Well ignorance is their power tool.
You'll only know what they want you to know. The television
cannot lie. Controlling media with smokescreen eyes. Nuclear
politicians picture show. The acting's lousy but the blind don't know. They scare us all with threats of war. So we forget
just how bad things are. You taste the fear when you're all
alone. They gonna git'cha when you're on your own. The silence
of conspiracy. Slaughtered on the altar of apathy. You gotta
wake up from your sleep. 'Cause meek inherits earth...six feet
deep.
Open your eyes see the lies right in front of ya.
Open your eyes.....
Explain lyrics
Correct lyrics 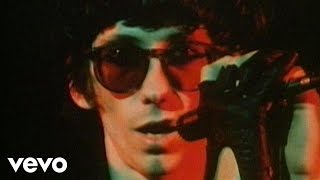