[Verse 1: Page One]
Casualties of this conflict are massive, so I can't afford to be passive
I'm taking every thought captive to render the flesh inactive
It's gettin reckless, in this age of political correctness
Yo check this, it's up to us to hold it down
Though some would trade in their golden crown for an iron hand
And jump right into the fire from out of the frying pan
Slippin away like a soul departing with the breath of a dying man
Praying before the image of the face of St. Sinner
I'd rather taste a steak dinner laced with paint thinner
It's a sickness how they bear false witness and backbite
Y'all don't act right, that's why I'm underground with stalactites
And stalagmites, eerie like Taps played on the bagpipes
But y'all don't need to feel threatened if you reppin the seven
But if you're in league with the six, y'all need to be nixed
Like a vampire punctures a vein and greedily licks
Drainers of life, y'all make it look good but you ain't feedin me ish Prince of Persia, but it's only on the throne of evil he sits
Father of lies, serpent who speaks with a hiss, praise God I'm free from his grip
'Cause when he sees what he gets, and he's in the pit
Yo, I'm readin his lips, he's pleadin the fifth

[Verse 2: Othello]
As if I wandered away, little by little
The compromise began to build, before too long I understood that I had
Fallen astray, like a sheep apart from a flock
And the shepherd to guide I find myself suddenly being
Tossed in the waves, and the wage that sin pays
Began to cave in, mentally raped by Satan
With abrasive thoughts on display
Slammed against the shore, face to the sand but I'm breathing
God, for what reason? A heathen convicted of treason
Should obtain grace but how? Father, I've defiled my faith
Ashamed to even show my face to Thee
For fear of annihilation, certainly to be bestowed upon me
Incompetently I chose my own path easily
With no instructions necessary, just follow my own desires
Stuck within the mire, heaven help me from a path
Of destruction and hell fire, please let me come home now 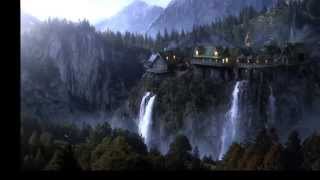