[Logic:]
It was all a dream just a year ago
Bussin' tables and servin' food but ya'll don't hear it
though
Now I'm on another level but ya'll aren't near it
though
My soul bleedin' on the track, so spiritual
It's a blessing cause now rappin' is my profession yo
Set to detonate, I'm just waitin' for my time to blow
White boy at first glance but when I ryhme they know
Race don't mean a f*cking thing the second that I flow
It's been a year and everything I said would happened
has
While everybody that I know is out havin' a blast
I was right here in the studio bustin' my ass It's been a year I'm 21 but I feel (35)
And now I got this
I taste the blood, no one can stop this
Second I drop this, die hard fans is finna cop this
While the rest of the world follows through fiber
optics
I took my time, see I studied the game, learned how to
rhyme
I was around drugs and gats, but never delved in crime
Had other things in mind, so I began to grind
First tape was a success
Locally, I got press
But I knew this one right here would run the world a
mess, but I digress
A year ago, I was a young'un in his room
Staring out the window, lookin at the moon, knowing
it's coming soon
But today I bought this rocket ship and sonic boom
Cause I am no longer a seed, homie, it's time to bloom 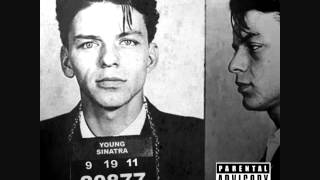 check amazon for One mp3 download
these lyrics are submitted by kaan
Songwriter(s): the official
Record Label(s): 2017 Logic All rights reserved Unauthorized reproduction is a violation of applicable laws Distributed by Catapult
Official lyrics by