The Truth Of It Lyrics

The Truth Of It Lyrics


No one could have helped you cause you never even thought, you tried to run away from time but now you've gotten caught. I knew who you once were and watched you lose everything, a sad and brokne drunk who used to be a king, staring down your future you don't know what's gonna come. Planning life is just a waste, it's another way to run, you say that you're angry but I think you're just scared, you thought that you had so much back and found out no one cared, so now that they have left you what happened toy our plans? Started off as a contender and became an also ran, no need to apologized because there's nothing to forgive, how could I be mad at one who's fogotten how to live? I'll try not to be selfish and only think of me but I've got too many problems to dwell inside your tragedy, youth can last forever because age is in your head but you are neither young nor old; you're already dead. I'm not gonna do that, I will not go stale and vindicate the minions that all said I would fail, you sank far too deep and I tried to pull you up but you can only flirt for so long, one day you'll get f*cked decadence was your downfall, it's pathetic but it's true and decadence is only appealing to dumb *ss punks like you. You can call me oppositional or say I'm full of sh*t but I don't f*cking care and that's the truth of it.
Explain lyrics
Correct lyrics 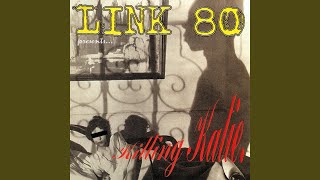 check amazon for The Truth Of It mp3 download
browse other artists under L:L2L3L4L5L6L7
Record Label(s): 1997 Link 80
Official lyrics by