Threw the pencil and leak the sheet of the tablet in my mind
Cuz I don?t write shit cuz I ain?t got time
Cuz my seconds, minutes, hours go to the all mighty dollar
And the all mighty power of dat chit cha cha chopper

A million here, a million there
Sicilian bitch with long hair, with coke in her derrierre
Like smoke in the thinnest air
I open the Lamborghini
Hopin' them crackers see me like, "Look at that bastard Weezy?

?He's a beast he's a dog, he's a motherf*ckin' problem"
Okay you're a goon, but what's a goon to a goblin?
Nothin', nothin', you ain't scarin' nothin'
On some faggot bullshit
Call him Dennis Rodman

Don't you hate a shy bitch?
Yeah I ate a shy bitch
She ain't shy no more, she changed her name to my bitch Yeah nigga, that's my bitch
So when she ask for the money when you through don't be surprised, bitch

It ain't trickin' if you got it
But you like a bitch with no ass, you ain't got shit
Motherf*cker I'm ill, not sick
And I'm o.k., but my watch sick

Yeah my drop sick
Yeah my glock sick
Am I not thick?
I'm it
Motherf*cker I'm ill

See, they say I'm rappin' like B.I.G., Jay, and Tupac
Andre 3000, where is Erykah Badu at?
Who that? Who that said they gon' beat Lil? Wayne
My name ain't Bic, but I keep that flame

Now who that wanna do that, boy you knew that chew that swallow
And I be the shit, now you got loose bowels
I don't owe you like two vowels
But I would like for you to pay me by the hour

Don't play in her garden, and don't smell her flower
Call me Mr. Carter or Mr. Lawnmower
Boy I got so many bitches like I'm Mike Lowery
Even Gwen Stefani say she couldn't doubt me

Motherf*cker I say like face shit without me
Chrome lips pokin' out, the coupe look like it's poutin'
I do what I do and you do what you can do about it
Bitch, I will turn a crack rock into a mountain
Dare me 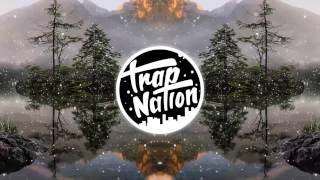