I used to get feels on a bitch
Now I throw shields on the dick
To stop me from that HIV shit
And niggas know they soft like a Twinkie filling
Playin the villian
Prepare for this rap killin
Biggie Smalls is the illest
Your style is played out, like Arnold wondered
"What you talkin bout Willis?"
The thrill is gone, the black Frank White
Is here to excite and
Throw dick to dykes
Bitches I like em brainless
Guns I like em stainless steel
I want the f*ckin Fortune like the Wheel
I squeeze gats till my clips is empty
Don't tempt me (T-H-O-D Man)
You don't want to f*ck with Biggie

Here I am, I'll be damned if this ain't some shit
Come to spread the butter lyrics over hominy grit
It's the low killer death trap, yes I'm a jet black ninja
Comin where you rest at, surrender
Step inside the ring, youse the number one contender
Lookin cold booty like your p*ssy in December
Nigga stop bitchin, button up ya lip and
From Method all you gettin is a can of ass-whippin
Hey, I'll be kickin, you son, you doin all the yappin
Actin as if it can't happen
You front and got me mad enough to touch somethin
Yo I'm from Shaolin, Island, and ain't afraid to bust somethin
So what cha want nigga, ya punk nigga
I got a six-shooter and a horse named Trigger
It's real, ninety-four, rugged raw
Kickin down your God damn door (and it goes a lil somethin like this)

f*ck the world, don't ask me for shit
And everything you get ya gotta work hard for it
Honies shake your hips, ya don't stop
And niggas pack the clips, keep on

Verse two, comin with that Olde E brew
Meth-tical, puttin niggas back in I.C.U I'm lifted troop, you can bring yours wack ass crew
I got connections, I'll get that ass stuck like glue, huh
No question, I be comin down and shit
Yo I gets rugged as a motherf*ckin carpet get
And niggas love it, not in the physical form but in the mental
I spark and they cells get warm
I'm not a gentle, man, I'm a Method, Man!
Baby accept it, utmost respect it
(Assume the position) Stop look and listen
I spit on your grave then I grab my Charles Dickens

Welcome to my center
Honies feel it deep in they placenta
Cold as the pole in the winter
Far from the inventor, but I got this rap shit sewed
And when my Mac unloads
I'm guaranteed another video
Ready to die, why I act that way?
Pop Duke left Mom Duke
The faggot took the back way
So instead of makin hoes suck my dick up
I used to do stick-up
Cause hoes is irritatin like the hic-CUPS
Excuse me, flows just grow through me
Like trees to branches
Cliffs to avalanches
It's the praying mantis
Deep like the mind of Farrakhan
A motherf*ckin rap phenomenon, plus

(I got more Glocks and techs than you)
I make it hot (Nigga won't even stand next to you)
Nigga touch me you better bust me
Tree times in the head
Or motherf*cker's dead, ya thought so

f*ck the world, don't ask me for shit
And everything you get ya gotta work hard for it
Honies shake your hips, ya don't stop
And niggas pack the clips, keep on

f*ck the world, don't ask me for shit
And everything you get ya gotta work hard for it
Honies shake your hips, ya don't stop
And niggas pack the clips, keep on
Explain lyrics
Correct lyrics 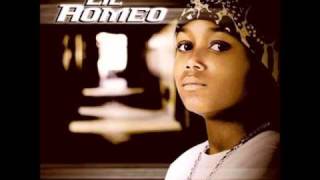 check amazon for What mp3 download
these lyrics are submitted by gsba1
browse other artists under L:L2L3L4L5L6L7L8
Record Label(s): 2001 Priority Records, LLC
Official lyrics by