[Lil' Cease]
Uh, yeah
All my BK niggas, uh
All my niggas on the corner
Pull your macks out
All my jail niggas, maxxed out
B.I.G. niggas
Forever, nigga

What, yo, yo, yo
Nigga what, uh, my gun busts like phone numbers (uh huh)
Seven shots, tear the roof off you gold Hummer (yeah)
My shit drop, it's gon do Hooty numbers
Blow Fish, I'm gonna be hotter than the summer
I got bread now, niggas wonder (uh huh)
Who I'm writing for, who this nigga, faggot promoter?
I'm just smarter, I play my game like a hand of Poker
It's a millon in the stash, bitch, check the sofa (check the sofa)
It's two mil' in the closet, on the left of the loafers (uh huh)
When I come through, niggas P.Y.P. like soldiers (yeah)
I'm the type that hold dough like Tommy (Hilfiger) (uh huh)
f*ck a bitch like (Martin) then tell her it's over (it's over)
Kicked her out my chromed out Rover
I squeeze gats outta 'sonovas, Cease takin' over (uh huh)
>From here to North Dakota, speed bump, chrome on the roller
Like bears that's Polo, we come out when it's colder

1-[Busta Rhymes]
Ey, yo (yo)
Feel the ruff (ruff)
Scandlous (lous)
The more weed smoke I puff (puff)
The more dangerous (us)

Yo, feel the ruff (ruff)
Scandlous (lous)
The more weed smoke I puff (puff)
The more dangerous (us)

[Mr. Bristal]
What, Cris flow 'ever, nigga, you know what that mean (uh)
Cock and squeeze, don't talk, when I roll in the scene
My man was yappin' to this nigga, got caught up in between ('tween)
That-a happen to any nigga that go against me (uh)
Do y'all want beef (uh uh) or do y'all want peace? (uh uh)
Y'all don't really wanna see me take it to the streets (uh uh)
When we do, nigga, we get deeper than the sea (c'mon)
Bodies fell, floatin' way out in Tennesee (yeah) Can't handle one, so why ask for ten of me? (uh huh)
And went up by the enemy, leave them a memory
Just like Kennedy, from state-to-state, city-to-city
There where the grimy and gritty once told by Frank Nitty
What's the dilly? Niggas still frontin' Willy
Actin' like they ahead o' the game
Put the four-point-six in the Range (c'mon)
Itchy like wearin' wool in the rain
And keep it simple nigga, but with me, it's just plain
Like Eminem's rhymes is rim, DJ's keep spinnin' them (spinnin' them)
If they ain't down with the fam
I ain't really feelin' them (I ain't feelin' them)
Especially if they got something to say about Cease and them (Cease and them)
So for now, with the and-one, that's how we greetin' them

[G-Dep]
I got a lot to gain, these cats playin' and it's not a game
It is a game but I forgot you playin' (I forgot you playin')
Forgot your name, forgot your claim (uh)
But I remember when the bullets stopped your brain
And like, got your chain
It's plain simple, use your brain tissue (uh huh)
Or you could remain cripple, wishin' they ain't hit you (yeah)
Not inofficial, y'all niggas counterfeit
Shot about seventeen natural, something's bound to hit (huh)
Bounded with a team of shakers to see the paper
Then blow like Anita Baker, if you need it, just make it
If you need to wake up, holler
I Kiss the Girls to make them holler, make them bounce
Anything to make a dollar, y'all understandin' me (uh)
I just do it, I ain't the one to plan it
Just hide it under the table, shit, I'm underhanded (uh huh)
Perfected the nine, perfected the line (yeah)
Nasty, perfected with lime (yeah)
Busted with paper, infected with rhyme 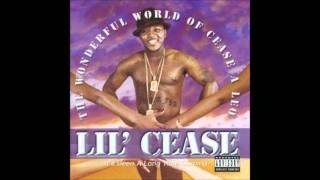