[Intro]
AyeJK
It's LikyBo in this thing, man, shout out all my brothers
MBO, AI, we all in (You know how we rockin', man)
Look

[Verse 1]
If chances make champions, I'ma risk it all
Sittin' in the county with Ryan like, "Bruh, it's time to ball"
Let's add up all these numbers, see what it's gon' cost
The plug either show us love or he can take a loss
I took a loss investing in the bitch, but I ain't tripping off it
If I can't get it with my chicken, then my nigga bought it
He in his feelings like these bitches 'cause his niggas ballin'
Instead of listening to pimpin' when your niggas ballin'
Cuz told me I'm too saucy, let her lick the drip
I don't think these niggas wanna box me, so it's on my hip
I tried to pimp 'em, but just listen
I'm a player who just tryna show you how this paper'll flip, and that's really it, huh?

[Verse 2]
You ever seen a nigga with a Glock?
Walk up to another nigga, put it to his top?
And then he let it pop, the other nigga drop
I never seen it either, but these niggas got me hot, so just wait and watch I been havin' problems with the Glock, I'm tryna get the guap
Feel like when it's my time, I can't stop
They sayin' that the darker the berry, the sweeter the juice
Well bitch, this the cream of the crop
I'm gone off Wock', my cousin Boo, he matchin' the deuce
And if you send shots, we send shots, we matchin' 'em too
Niggas wouldn't put me on when I was askin' 'em to
But act like we cool, ain't got shit but a backhand for dude
Go'n with all that fake shit, rap about them K clips
Tell me what it feel like when the K kick, yeah
I was broke and down and out with the same bitch
So when I'm rich as f*ck, that ain't gon' change shit, gang shit
These young niggas think I'm dumb, nigga, like I won't punch niggas
Who was niggas? When we grew up, nigga, you was a dub, nigga
I'm a problem kid, grew up wth problem kids, all different problems, kid
We slide on shit, all different kind of shit, you know what time it is
Gotta switch the gears 'cause I been grindin' shit
Shining like a diamond, probably blind a bitch
I know they see me working, tell 'em sign the kid
Forget that I'm that boy and I'm reminding shit 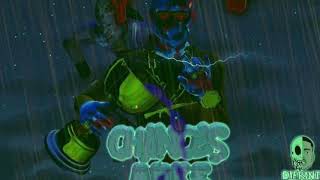