I went to work for welfare in hopes to help the poor.
The staff showed me a desk and introduced me to the war.
They warned me that the battle started right outside the door,
And they fought it on the paper sea.

They were thirty social workers, forty-seven clerks,
Twenty-seven managers all gumming up the works,
Three inspectors from the legislature excersizing perks,
Barricudas in the paper sea.

There were countless regulations, rulebooks by the score,
Explaining every policy and system tried before.
The money spent on paperwork left nothing for the poor,
Abandoned on the paper sea.

There were seven hundred forms could be applied to every case
To account for every penny, number, name or date or place.
The clerks were working overtime but never keeping pace
With the waves upon the paper sea.

Why these endless papers, administers, and more,
All to guarantee there was no cheating by the poor,
While for every dollar saved we spent a hundred on the chore
Of adding to the paper sea.

Outside in the hallway, the poor folk had to wait.
The line stretched down the block, coming early, leaving late.
Maybe one poor soul per hour ever made it through the gate, Past the boundaries of the paper sea.

First came in a man who didn't have a cent.
I filled out twenty forms to guarantee his check was sent.
By the time it reached his address he was gone for lack of rent,
Well serviced by the paper sea.

Next came in a mother, abandoned by her man.
She said, "Get me some daycare, and I'll find what work I can."
But daycare was to controvercial for our family plan.
We marrooned her in the paper sea.

As I walked in one morning, I stumbled on an arm
Attached to some poor body who had clearly come to harm.
While waiting for his Medicare, his heart had bought the farm.
We had drowned him in the paper sea.

I told my supervisor. He said, "Let's be discreet.
Just stick the body out the door and leave it on the street,
And then it's not our problem, but the cop's out on the beat.
Let's dump him in _their_ paper sea."

I tried to make the system work, I tried to help the poor.
I struggled through the paperwork and might have taken more,
But that's the final straw that sent me screaming out the door,
Sent me running from the paper sea.
I'd had it with the paper sea 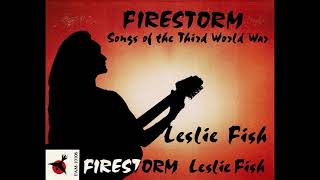 check amazon for The Paper Sea mp3 download
browse other artists under L:L2L3L4L5L6L7L8