The Wiggles Hate Each Other In Real Life Lyrics

The Wiggles Hate Each Other In Real Life Lyrics


If you are a child,
you've probably seen
the Wiggles on TV.
And though they appear
to be best of friends,
there's so much that you don't see.

Soon as the cameras are off, they don't linger
before having cigarette break in the hall.
Scowling, they stare at their shoes and their fingers,
and none of them speaks to the others at all. This one time on set,
Greg stumbles in drunk,
just like he does every day.
But he lets it slip
he spent all last night
with Anthony's fiance.

Silence, then everything suddenly launches
into a red-yellow-blue-purple fight.
Taping's postponed because Murray's unconscious,
and Jeff cries himself to sleep later that night. 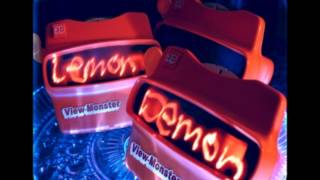 check amazon for The Wiggles Hate Each Other In Real Life mp3 download
these lyrics are submitted by kaan
browse other artists under L:L2L3L4L5L6L7L8
Record Label(s): 2009 Lemon Demon
Official lyrics by