Harry Potter spent his Summers waiting for the Fall
He'd count the days, and dream each night of Hogwarts' distant call
The Dursley's, Harry's relatives, were wretched as can be-a
He prayed each night to Satan that they'd die from gonhorrea

But one day he recieved a note that Hogwarts had burned down
"Oh no!" he cried, and quickly donned a disappointed frown
He trashed his room and tore his books, and then went for his trunk
But Dumbledore popped out and bellowed, "Harry! You've been PUNK'D!"

Harry stared in disbelief at Dumbledore's old smirk
He knew it was joke, but he got pissed and went berserk He threw the old man to the ground and punched him in the beard
He pinned him down with all his weight, and that's when it got weird

Dumbledore was smiling as young Harry sat on top
He made a funny noise and ordered Harry not to stop
But Harry got freaked out and threw a large book at his head
And Dumbledore stopped moving, it seemed Dumbledore was dead 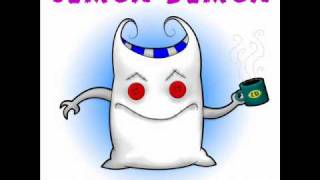