Gonna dig up Alec Guinness.
Gonna harvest Obi-Wan.
Gonna put his body on display with his Jedi costume on.

Gonna go down to the highway.
Gonna build myself a sign.
Gonna advertise to everyone, tell 'em where to form the line.

Gonna build him some bionic robot limbs.
Gonna code an electronic voice for him.
So when the people come to glance him, he'll be singing songs and dancin'.
All right, all right.

Gonna dig up Alec Guinness.
Gonna raise him from the dead.
Gonna charge some nerds to swat their toy Lightsabers at his head.

Gonna pull out all the stops now.
Gonna do this, no remorse.
Gonna show them all the meaning of "a great disturbance in the Force." Gonna raise him up on wires above the land.
Gonna have him launch some fireworks from his hands.
And if police come knockin' at my door, he'll say "These aren't the droids you're looking for."

I just got a letter saying that I better decist.
Some legal mucus...
Seems that Mr. Lucas is pissed

Gonna dig up Alec Guinness.
If I can't, then that's a shame.
I could dig up Alec Baldwin, but it wouldn't be the same.
Explain lyrics
Correct lyrics 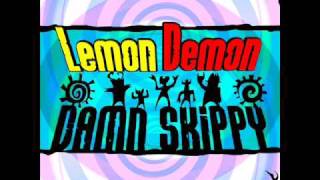