Ok the other night, I mean like, last night, I had the most screwed up dream. Ever. I mean, it was like a freaking acid trip, not that I, uh, advocate, uh, drugs, because drugs are bad, and stuff.
Anyway, my dream, my dream was like, I, um, I was in a warehouse, and there were all these guys in Santa suits sort of doing this big dance thing, and they couldn't see me, or something. I don't know. And then one of the Santa guys was like, a really fat guy, and he didn't, uh, didn't want to do the dance, and he, uh, was the only one who could see me, so he was like, "Look! LOOK!" but no one else could see me, so I started-- he started chasing me, chasing me. And I was like, in a car, but he was faster than the car, and suddenly he jumped out in front of me, in front of the car, and he started screaming, only it was like a bigfoot scream, and it sounded so creepy coming from a, uh, Santa guy.
In the dream I was like "AHH!!" and I hit the breaks, only the, uh, break pedal was broken, and it was actually a gas pedal, so I plowed over the Santa guy, and he went under the front tires, and then under the back tires, and then for some reason when he hit the back tires the front of the car flew up, and then I was suddenly in a flying car, only it was like a hovercraft. And then there was this big part which I can't really remember, but I was in the hover craft thing and I was like, uh, looking around for this house, and when I finally got to the house, like, I-- there was the button on the door and when I pressed the button, the door opened and a freaking scary old dead guy ch- uh, popped out of door, and he was on rockets.
And he grabbed me and I got loose, and then I ran in the house and hid in the bathroom, but there were the like, uh, TVs in the bathroom, and then something happened, I'm not sure what happened, but I was like at a bowling alley, and there was, all the the bowling balls were uh, uhh, dead president heads, and then I started shrinking, and then the Abraham Lincoln head tried to eat me, and then I woke up.
It was really scary.
Explain lyrics
Correct lyrics 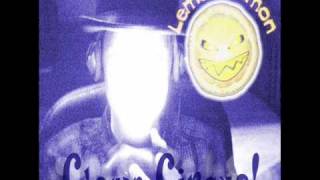