My pedestal was too tall to climb off
In fact that's the reason for the high horse
And from up here I see marines and hummers on a conquest
Underdogs with wonder bras in a push up contest
All for the sake of military recruitment
It felt like Kent State the way they targeted the students
I galloped off whistling "Ohio."

The rest of them, stuck doing stand up at a cricket convention
But what they'd die for

The West Memphis 3 lost paradise
It's death penalty vs. suicidal tendencies
All I wanted was a f**king Pepsi
Institution

Making you think you're crazy is a billion dollar industry
If they could sell sanity in a bottle they'd be charging for compressed air
And marketing healthcare
They demonize welfare
Middle class eliminated, rich get richer
Till the poor get educated

But some of y'all still haven't grown into your face
And your face doesn't quite match your head
And I'm waiting for a brain to fill the dead space that's left
You're all, "give me ethnicity or give me dreads."

Trustafundian rebel without a 'cause for alarm
Cause when push turns to shove
You jump into your forefathers arms
He's a banker, you're part of the system
Off go the dreadlocks in comes the income

The briefcase
The sickness
When the cameras start rollin'
Stay the f**k outta the picture pilgrim!

The briefcase
The sickness (Stay quiet, stay near, stay close they can't hear)
When the cameras start rollin' (So we can get some)
Slow down Gandhi, you're killin'em

One love, one life, one too many victims
Republicrat, Democran, one party system
Media goes in a frenzy
They're stripped of their credentials
Presidential candidates can't debate over this instrumental
Let 'em freestyle, winner takes all
When the music's dead I'll have Ted Nugent's head hangin' on my wall
Kill one of ours, we'll kill one of yours
With some friendly fire, that's a funny term, like civil war

Six in the morning, police at my crib
Now my nights consists of two toothpicks and eyelids
The crucifix and vitamins, music that is pirated
New flavor food made of mutated hybrids
Uh

Who's the one to blame for this strain in my vocal chords?
Who can pen a hateful threat but can't hold a sword?
It's the same who complain about the global war
But can't overthrow the local joker that they voted for

They call the shots
(But they're not in the line of fire) (Hands down this is the best day I can ever remember)
I call the cops
(But they break in the line of duty)
Lets call a stop to the abuse of authority
The truth keeps callin' me, and I'ma live to tell the story

So what's the truth, quit seeking forgiveness (Hands down this is the best day I can ever remember)
You need to cut the noose, but you don't believe in scissors
You support the troops by wearing yellow ribbons?
Just bring home our motherf**kin' brothers and sisters 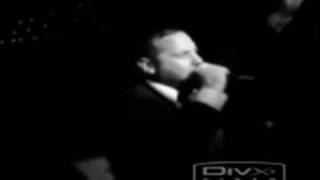 check amazon for Hands Down Gandhi mp3 download
browse other artists under L:L2L3L4L5L6