Don Lowance, the man who plays guitar with me, and i
were born in a small town.
And we kinda think it was a different sort of small
town because in our town, we had a dragon and people
used to make up stories about the dragon.

Sinse the stories were made up most of them started:
"Once upon a time, there was a very friendly dragon",
except people didn't have any way of knowing that the
dragon was friendly so they shot at him with guns and
threw rocks at him. And the dragon being a sort of a
poor sport, he ate a lot of those people up.

Now, the dragon was messing up their senses, something
fierce until one day he wandered into the store that
sold spirits, and after making a fast brunch of the
owner and four emplyees, he broke into this wine
barrel.
And that did it, from that day on the dragon was not
only a friendly dragon, he was a happy friendly dragon.

And now all he does is walk up and down the streets of our small town and tap people on their shoulders and
ask them for a little change so he can buy some of that
stuff that he likes better than people.

And that's the story of the little town that Don and i
was born in and our dragon, fairly strange story. 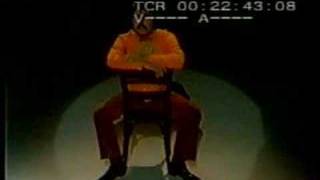