Hey, I know you think you the one, homie
But can't nobody escape Gravity

[Verse 1 (Trip Lee):]
Yes sir, it's about to go down
It's spiralin' to the ground, but I don't think it's gon' slow down
This fallen world is fallin', this building's 'bout to blow down
We just goin' in circles, we don't get another go 'round
(It's goin' down) What happens when your life is leveled, bro?
A storm is comin', can't nobody's levies hold,
It's heavy, bro, but I gotta let you know
It'll help you look beyond this world like a telescope
(It'd be easy) Yeah, stack your money in the air
'Til it's rainin' hund'eds all around your atmosphere
(It'd be easy) You can build a mansion sky high
'Til can't nobody see the roof when they drive by
But death'll hit you like a drive by
And to that stuff you acquired you gotta say "Bye, bye"
I ain't gon' lie, you might go down in history
But everything will go down eventually
Everything is falling (down)

[Verse 2 (Swoope):]
It's goin' down, rather comin' down wit' it
Cold world, condition is sin, here is the illness
It's sickenin', affliction so erotic, sickness so hypnotic
Desirin' this virus even though we know it's toxic
Godless, hallowin' the gods that is counterfeit
We live from 'de party o' 'de dearly departed
The darkness is flowing from my nostrils
We're so psychotic, we still partyin' like we not sick YOLO, homie, so pour another glass
Roll another one up, let's put on another mask
Another bundle o' cash, another shorty to bag,
Same thing e'eryday, groundhog under grass
Man, turn the music up cuz I don't wanna hear the truth
'Bout the things I'm living fo is dead and I'm the living proof
Shoot, the sky's fallin', ain't no need to panic
Unless we party 'til it cracks, seeing Jesus standin'
Coming down

You scared, I'm not
There's a time for everything,
A time to be born and a time to die
There's a time when the world as we know it will end
When that is, I don't know
But it is goin' down

[Verse 3 (Lecrae):]
Listen, it's goin' down, down, down holla' "Mayday!"
Them fiends looking for candy and them dealers got that pay day
I seen them child soldiers; they was loading up some AK's
Ain't playin' Modern Warfare. Don't you know ain't a war fair?
Scales are never even, but they be triple beamin'
They keep them fiends fienin', the Devil stay scheming
And dreamers steady dreamin', but ain't no hope here
Ain't no satisfaction in money, women, and clothes here
Oh yeah! Them Christians in Christian Audigier
Hey, can't some young men say the stuff we gotta say
'Cause everything is fallen, it could happen any day
Your world come tumbling down and ain't no way to get away
You ain't never gon' say you ain't hear it from Lecrae
If I die before I wake I pray to the Lord your soul He'll take
All these drunken nights are empty like the bottles that we break
And you can't get high enough to escape
It's going down! 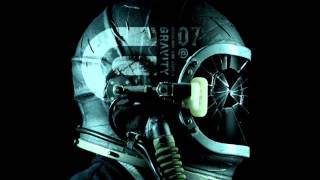