[Verse 1: Leaf Dog]
Let me tell you about my favourite scene
It plays itself out like films on the movie screen
I rep the team, of emcee's that rarely get paid
On their own radio the real shit ain't played
Everybody's self-made with their own label
No record advance or large sums on the table
The net makes it able to bring you my thoughts
There's a million downloaded, for every two there's four
But I love the support
Ain't moaning like the wester with my scene
If you sell a thousand you're successful
You teach me to teach you like a TEFL
Whilst most love the one's like they're incestual
Old timers hate the young, new promoters switch to dubstep
Even man I used to rate are now rapping like a club rat
Aside from this it feels better than ever
Coming out the eye of the storm into good weather

[Hook: Leaf Dog] X2
I'd like to welcome you to the UK
Trying to save a few pennies for a new day
Not many will stay, most are lead astray
Trying to build this thing from the ground up in the UK

[Verse 2: Leaf Dog] My scenes are infant in the grand scheme of things
Although they're rapping about Beemas and going on like pings
Spat OD doing this thing to me it's apparent
That "we underground associate our names with the talent"
We need more nights, we need more crews
Need new producers trying to make power moves
Ain't no way you can lose like the hero inflicts
A best that I fixed if you work hard and persist
Son it is what it is, we're all small fish
People think they're worth more, they flop and get pissed
Ain't no soft top, big house, Leaf living rich
But I never stop moving like I'm born with a twitch
I love my scene, accomplished my number one dream
If you're dope, I'll see you soon on the team
It might not be worth what you've seen here
I may be the stepping stone for you when you're here
Let's get that clear!

[Hook: Leaf Dog] X2
I'd like to welcome you to the UK
Trying to save a few pennies for a new day
Not many will stay, most are lead astray
Trying to build this thing from the ground up in the UK
Explain lyrics
Correct lyrics 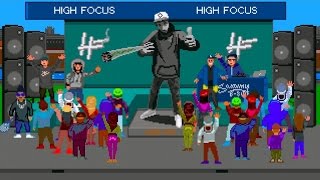