It's been a while Since you last met me Aeons ago On ooh crikey, Right back then
I was a boring git Who had a social life As
rare as a rocking horse shit, Bob f*cking Catley Was bardly the word Nuno
Bettencourt A right flamin' nerd, But now I've
returned A true nineties bloke Because I've risen my head An even bigger joke,
My names Mr. Formica My middle name is
probably Keith I've got my flash & Mr.Sheen I am now armed to the teeth, To cook the food And watch the kids Wash out the
undies Remove the skids, Polish the windows And then watch this morning Go
flower arranging I'm right f*ckin' boring, The
moral of this story Is don't listen to bands who are shit Like Magnum for
example 'Cos you'll become a real wet git, At the
start of this song My life had improved But I've just realised That it hasn't 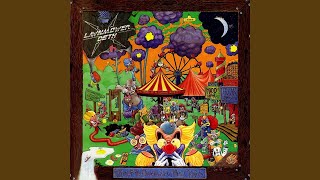