Gordy's lightin fires smoking dope slashing tires
Brian Giffens lyin about the girls he's pullin in
Rabbit's smoking crack sayin I got a problem
Drinking too much and doin heroin
Skinhead Lori got the glory Pasta's bass a different story
Benny stole the sign right off the club caravan
Becker got a job
Erin went out on the nod
Knucklehead went to jail again
A subterranean perfume come a creepin round my nose
I know I'm with the creetins and deceitful lyin whores
I walk along these avenues for all of them I own
A destitute hopeless man with barely any clothes
Packs of lies like animals keep me runnin the night
Well I've withstood a decade in the vulture's line of sight
When the rivers of the innocent begin to overflow
I wait there for the spirits and I eat them to the bone
Well there's a carnival of souls in the factory cells
Where the false prophets promise you Heaven and Hell
I scourge the underbelly of the city's seedy side
I monopolize in lawlessness deceitfulness and bribes I'm the Anti-Christ a Poltergeist
I demand a sacrifice
I ain't so nice so be advised pure instinct I've survived
Mocking screams with laughter after you I'm comin after
I'm the pariah that brings the rapture and the seals I've opened wide
Robert showed up loaded got pissed and exploded
Yellin at Wes the skin for spillin beer
Terry Root came on in to calm it all down
Said, c'mon man we all gotta be in here
Dibble fought in his own war joined the Provo Marine corps
Alicia's got a problem with her man again
Gabe and Burl and some girl went to the end of the world Looking for weed from Joe Lenihan

...Hey! This is Lars over here... and I tell you what, I'm just as f*cked up as all those guys.
But you know, that's just the way I remembered it.
The Skunx. Yeah, the crew, the Skunx.
That song's for all you guys.
You know, past, the present, the dead, the alive.
I'll always remember you... 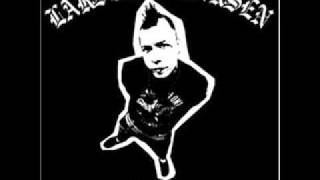