Eldridge was a bad man,
At least that's what the people said
But Edlridge, he was only working out
All the things they put inside his head.
He was like an angry lion, trapped in a vice
They couldn't keep him down,
And so they put his soul on ice.

They locked him in a prison cell
But he managed to get away.
But living on the run ain't no fun,
Both eyes open every night and day.
Just a little peace and quiet
Was his one desire,
But it never came 'til something set his soul on fire. Then the man in the moon spoke in his ear
With a word that was true and a voice that was clear,
Go back to your people, but lean on me,
They can lock you up again, but I have set you free.

Eldridge says he's different now;
Some people, they don't agree.
They say he's only trying to free himself;
I guess in time we all will see.
But I do believe his message
He ain't no liar
When he says that Jesus can set your soul on fire. 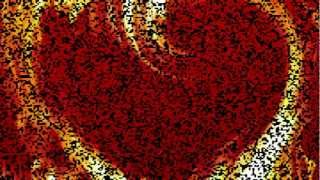 check amazon for Soul On Fire mp3 download
these lyrics are submitted by kaan
browse other artists under L:L2L3L4L5L6L7L8
Record Label(s): 1990 Linx Music
Official lyrics by