Beyond The Surface Lyrics

Beyond The Surface Lyrics


I've been hiding, hiding for so long right behind my digital mask
I've been trying to be someone I'm not
All these perfectly fake people push us to insane ideals
They're nothing more than counterfeit images

That push me away, to bleed out the pain
Don't you dare to make another move

[CHORUS:]
Put the knife away that's not what anybody needs
There's a better way than everything now that you see Stop comparing who you are to who you want to be
Let's step out beyond the surface

And push you away, to bleed out the pain
Don't you dare to make another move 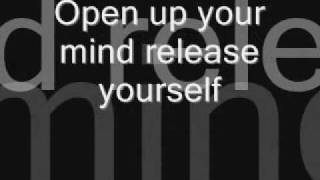 Rate Beyond The Surface by Kutless (current rating: 10)
12345678910
Meaning to "Beyond The Surface" song lyrics (1 meaning)
elliott brennan October 10, 2012-22:35
0
This song tells us not to follow the way of the world. We, as Christians, are to be in the world, but not of the world.
Watch Video Comment Enlarge font Correct lyrics Print lyrics