Yo we trying to make the cash ya'll without a doubt
Representing both coasts what you roaming about?

Yo, yo, yo, yo, yo, yo
f*ck this who wanna bring the ruckus
Yo I know they know they ain't f*cking wit' no f*cking suckers
You's a live ass snitch,
Well shame on the name we might bust your shit
And throw mad game nigga and push your whip
And shake them thangs and hit four, five six
Below you ain't know get at me
Sean Donn, Hemp dogg and moe
It's a bomb type weed now I'ma count my dough
The cops'll watch your do'
So let them niggas and now they ain't know it befo'
And if them niggas not swipe
We'll grab the 4-4, Mag-num
Cause I hate it when niggas act dumb
Damn, why they make me wanna pull out a gun?
First name's Camille, Camille's name be on
When you creepin' on the real with my word is bond
See catch me out in the night pouring style and form
And that venomous shit is what my bitches be on
Bitches, bitches be on
My bitches, bitches be on

Yo, yo, yo
I'ma give you something in rhythm feel
Ya'll need be loco,
Dig a hole in you bolo
Look out for dolo
Especially if you acting brolo down for dolo
On the creek and point anything sleep
Ya'll can see it when we roll we coming Mobb Deep
We be coming, on the regular we be coming
Baby what? tearing shit up with your worry
Making me deam stacking up that man for CREAM
Torch the green have you all open like beam
Hear me ya'll so 'n when you gimme yo just gimme
that microphone I been the baddest run down your digits
Shorty gettin' played like a midget
Aiyyo, I'm in it you wid it for me and my bitches
Need 'em to throw your pitches
having you leaving your misses
What I got to do is this,
hand me your business, step off my premises,
Or things are gonna get serious and devious, WE BRAVE,
And we can drive you all insane like Johnny Blaze
Yeah we always Bring The Pain and Misdemeanour
Know we can't stand the rain
Let's bring the pesos stack 'em up by the case load
Cause we can reload, cock back and explode
Cock back and explode
Cock back and explode
Cock back and explode

Aiyyo, we trying to make the cash ya'll wid out a doubt
Representing both coasts what you roaming about?

I'm in the south ya'll going all 'bout cha'll
The name is the Python you know what I'm about ya'll
Yo, yo, yo,
I pop bras like Bruno
I take your money from shooting rap to uno
Used to rock to minudo one of them was kinda cute though
I had a crush like a DAT
now I try to master phones like that
Carolina be my home town
Still living with my parents even though I'm grown now
Time to roam now
I don't think that ya'll can handle us Made our mark in the East now we hitting Los Angeles
You can't delust a man wid lust
When I been up on the mic you can never get enough
Make you palms wet and I ain't even gettin' calm yet
Clear the premises time to make another bomb threat

I'm from the West ya'll
Bringing niggas stress ya'll
Forget the strapping now you settle wit the best ya'll
Yo, yo, yo, yo, yo,
This is one time that I ain't playing wit niggas
The homey stomped it and I'm spraying with niggas
I got the cash to have keys to blast
You a sucker nigga,
Sucker punk MOTHERf*ckER NIGGA
I DON'T GIVE A f*ck MOTHERf*ckER NIGGA
Trying to strip me a my Vans that's all I gather man
Mr. Matter of fact, Calicos and dates
What you want to get your shit lit to Blaze
Like Johnny you can play like Ricky Davoni
But you ain't a player nigga
ain't got the heart to lay a nigga
Automatic spray a nigga,
Soon as I came went like calm in the Grand
Bustin dumb dumbs leaving niggas numb
I don't give a f*ck where the f*ck you're from
If it ain't about loot then I'ma shoot and run
What you supposed to be, Raw?
Raw is as raw does it ain't raw dog
Bust a five star dog, I want all ya'll
I know the niggas know where the weed be
It's the live shit need to be
f*cking round in my decent (nigga)
Hitting motherf*ckers like a vic (nigga)
Saturate like a sieve (nigga)
Take a toke and get blown
Ya'll step up and watch your homey explode 'n unload
'xplode and unload
'xplode and unload
'xpload and unload

We from the East ya'll bringin on the piece ya'll
Dirty kid wanna hit that wid a leash ya'll
I be the mic wrecker,
Spinner One coming through wid the double decker
Double pound in your crew Uhhh,
Forced to recognise make arrive
Don't have to par and block you
we just break you down to normal size
You couldn't shine if you had the sun in your back
You wack, I burn you down like I corner that
Doggy, QB style you know my steeze
I'm on the kill now with my Queen Killa Bees
Viper, break more backs than Paul Backland in Kahkland
Nigga deny drama could happen
First test my skills
I came to rap shit for real
Venom Squad be the only squad that be ill
First of all I ride your back like a jackass
Jack still loose on the chaka with the L
Coming from the East representing both sides
Kurupt, the Venoms, that's how we keep it tight

Yo, we trying to make the cash ya'll without a doubt
Representing both coasts what you roaming about? 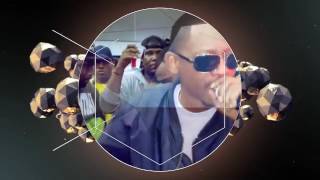