Wait a minute, wait a minute! Rolling over the crest of the hill like a
Jet-propelled job comes... (Daffy Duck sample)
Kurt-Kurt-Kurtis Blow
Our parties are def and the girlies are pretty
In the boogie-down Bronx town in New York City.
Like the sun will shine in the summertime
I don't do no crimes 'cause I just rhyme.
I drive a Benz and I got a lot of friends
Up on the Concourse where Tremont ends,
Or Jerome Avenue or Gun Hill Road,
The place where rap started in the days of old
Called the Bronx
The Bronx
The Bronx.
Hey Moe! (Curly from 3 Stooges sample)
I have the Power. (sample)
Coitainly! (Curly from 3 Stooges sample) The Bronx is the place where the Yankees play.
We fans have the fever to the break of day.
In '76 we used to have big fun
Chilling at the club 371.
Blacks, Puerto Ricans, Italians and Jews,
Bronx River Casanovas and the Ninth Crew. (called)
The Bronx is the place where I reside.
I'll be a Bronx boy 'til the day I die.
It's called the Bronx.
The Bronx
The Bronx.
Lotta ducks out in the pond. Ducks sure take to the water like, uh, ducks!
(Bugs Bunny sample)
Hey! What's going on here? Suddenly I'm swimming in the air with a rope
Around my foot! (Bugs Bunny sample) 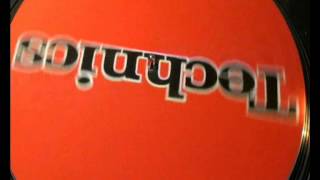