Old guy was checking me out with his sapphire eyes
He said 'Sit down by the fire kid, just try to realise
You see, some times some things just don't happen they're all meant to be
Like going into that storm so you could run into me
Everybody needs a little help sometimes to seal the deal' He said 'I ain't no preacher dealing lies
No cheater, no reaper in disguise.
Those are the agents of darkness and endless night (yeah).

'So tell me your name and I'll slip through that door
Back to that place that you heard of before
So hold on hold on there ain't no one quick fix' said Dr.Kitt 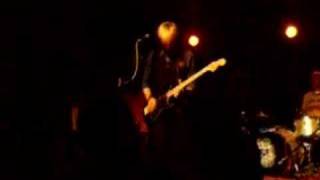