Mayday, mayday, mayday!
My name is Krizz Kaliko
I'm totally alone out here
Well, if there's maybe just one of you left
If anybody's out there, anybody. please... help!

[Verse 1: Krizz Kaliko]
This music game here is in a state of emergency
All about currency, wackness reoccurring with urgency
Can't take it any more
Maybe I'm getting too old, mouth piece just too cold
It's getting me swole
I need to occupy hip-hop like it's my concubine
But I'm the nigga so that mean I gotta be the breaker one
Tell Rittz to pull the trigger, all them niggas is done
If I miss then all the hits you can name under the sun
It's a trick and how they doing this, music is done
Tell man don't light me up
Tell the weed people light me up
Your CD don't hype me up
YouTube fans like me up
You too loose man, tighten up
I don't need to be a freshman, I'm fresh, no yes men
Rap 'til I can't breathe, let me catch my breath and
Industry needs epinephrine
Pastor what you see better get the reverend
Rapping overseas but I rap Midwestern
Krizz the bees knees so I guess the best in
Me I get steeper than your depth perception
M.C.s believe in me and there's no question
This is my S.O.S. to you
And also F.U. too and I won't step to you again
And I'mma hold my breath for you to stop these checks
Comin' in and these train wreck so many men
Try to save it try to stay connected resurrected
Never expecting me to win
One of hip-hop's last few legends
I'm holding a grudge until the end hollering

[Hook]
Mayday
Anybody can you hear me?
Yeah, me
Why do they mistreat us, save us
Aimless bastards leave us, shameless
By the time we're rich and famous
All our art will be forsaken
While you're waiting sides are taken
Nonsense they just keep on makin'
While our last breath we are taking
We don't want our heartbeats just to stop... stop...
Stop

[Verse 2: Rittz]
They know me on the internet
But they don't wanna see me on a magazine cover
Half of these rap barrels never seen struggle
I've been fighting all my life but never let my knees buckle
Now I finally made it, everyone wanna see us stuck up
We suckin to these industries suckas, please
f*ck 'em, I can barely afford to eat supper
Now you tellin me to word it out, but then
Another years we hustle
Makin music, and then somebody wanna eat a piece sucka f*ck
You in the stab back, and ya wack rap
You suck, you suck, he sucks too
They rap, he's wack, she rap, freeze that
It's killing me, but you an MC, whats new
Just treat me, you should go to college You could join the army, you could be a barber
You can be anything you wanna be, but not a rap artist
Your lyrics ain't cuttin it, you suckas are performers
Sorry to inform ya but you mad and wanna battle me
Gonna need some Walmart trying to keep on calm but
Every time I log on, the war starts
Seein but you should know that you gonna piss me off
The dramas as worse than the rappers are
Fans say they try to be spectacular
The next minute we talkin bout how wack you are
Its no wonder why I always wanna smack someone
I need a magic wand, abracadabra, gone
Your shit is passed beyond bad it scratches chrome
You need to practice some, I hear ya rap and yawn
That bullshit I heard you spit, you'll never have this run
Bullshit music f*cked this game up
You should be embarassed, you should be ashamed of
Ever trying to rap I think it's time to change up
Listen Krizz Kaliko, everybody goes hollerin'

[Verse 3: Chamillionaire]
Here we go now
Horror flick, you should start with the sequel
Peephole, what I saw to deceive you
I’m the doctor that walks in and greets you
And serve you a smile like I’m all for the people
Meanwhile I’m the wrong one to speak to
To hell with a park all my dogs will delete you
The bars are illegal and all this is lethal
It’s Conrad Murray when he walk in and greet you
I sharpen the needles, let it rewind
Badder flow, that’ll mess up your mind
Got a Kaliko, got a Tech and a N9ne
And more weapons then everyone on this record combined
And that’s strange
Cause I seem so nice, I seen your wife
No better yet, I seen her twice
She needed flights, I got ‘em when I seen the price
And let her roll with me like she had some green to dice
I know it’s been a while since I sold at platinum too
A million and a million and-a-half of you
You tell me I’m the rapper you was rappin’ to
I have you lookin’ like a mummy when they rappin’ you
Don't be up with my face when I'm asking you
You better leave space like a NASA crew
I didn’t have dollars, now I have a few
And now they look at my garage and tell me that’s a zoo
Is that a Jaguar?
Of course it is, I purchased it because the corpse’ll fit
And this trunk is bigger than the Porsche’s is
They say I changed, well I call it metamorphosis
Fast lane, get the hell up outta my lane
Your brain will never be as quick as my brain
And the people will only kill ya for your timeframe
But I got a bullet that’ll get within your mindframe 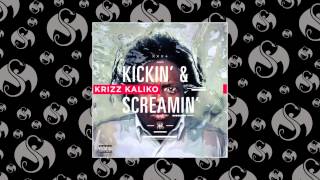