[Intro: Announcer]
Alright, alright, alright
You’ve seen him on stages around the globe
Fellas, get jealous
Ladies, scream if you want to
I knew you would
He go by name of Krizz Kaliko but y’all can call him Kalibaby

[Verse 1: Krizz Kaliko]
The whole world buzzin' on the snake and the bat
Now we the best, never takin’ it back
One of the reason people know that we’re breathin’
Once we cease them we know they never leavin'
Holler it out when they see him
They used to make fun of him, now they wanna be him
Anybody say they’re better then Kali don’t believe ‘em
They cold and they sneezin’ and I be the reason
They took the long way but made my way
Not old and great for I’m makin’ a pay day
Got lots to say now I'm still in my heyday
Hip-hop'll get washed away if I don’t stay

[Interlude: Woman]
If you ever heard of Tecca N9na then you heard him
If you listen you can hear him screaming cause murders

[Verse 2: Krizz Kaliko] Now ladies, can I pick up one? Can I pick up one?
Whichever I want, we'll have some fun
Yea, me and you run
Always been the little ladies favorite, call me Kali Kali
If you wanna kick it baby momma don’t bring her around me
I pick up the ball and it get drop niggas just pop it
Get your rimmy ballin’ but ballers somebody stop me
Yes, I’m the guy with the thing on his eye
My music is dope and I’m gettin’ high off my own supply
Nose in the air like I'm the shiznit and I swear Krizz is the business
We got you girlies girlies glistenin’ from listenin’
As long as you within rope and it’s so awful when you so broke
I got a car around my wrist and I got a house around my throat
They call me 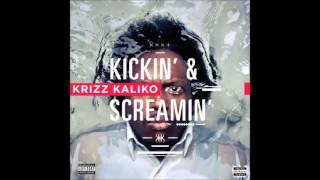