Written about Layla Al-Atar, a cherished Iraqi artist who was killed when a missile struck her home, instead of it’s intended target, a building where a trial was taking place concerning the assassination attempt of George Bush snr. The missiles were fired by the Clinton government.
And for the Argentinean disappeared, ‘Los Olbidados’.

Not I said the soldier I just follow orders and it was my duty to do my job well
Not I said the leader who ordered the slaughter, I’m saddened it happened
But then, war is hell

Stolen away with no warning, never to ever return
On el Rio del Muerto, All the bridges are burned
Los desaparecedos, lost in the darkness alone
Gone from the face of the earth
With no trace left behind them to mark with a stone
And the faces of Los Olbidados, only survivors recall
But for the pain and the heartbreak, did they matter at all?

Slowly the circle of sadness, Spins in the Plaza mayor
Lonesome remains of the madness and pain
In a world gone insane in a war

And the song of those broken survivors, dancing alone in the dark
With the silence of Los Olbidados, like a hole in the heart
Explain lyrics
Correct lyrics 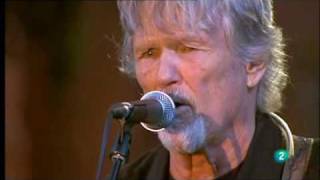